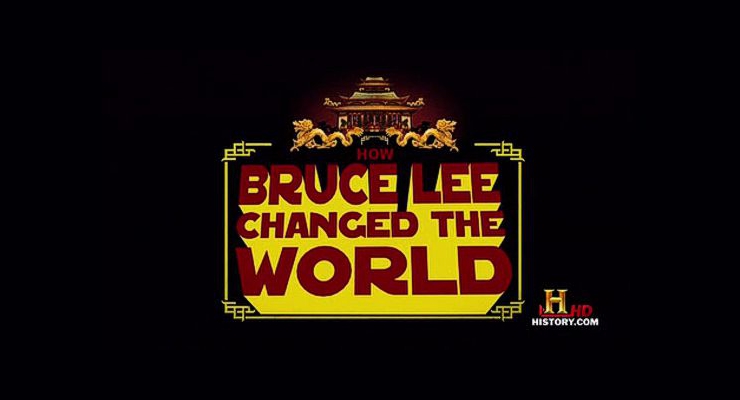 The History Channel’s How Bruce Lee Changed the Worldexplores the amazing multitude of ways that Bruce Lee – the first international Asian superstar-has influenced pop culture. Calling Lee the biggest movie star in history is a bit of a stretch (though every shot of this hypnotically charismatic performer argues that he might have been, had he not died abruptly before the release of his fourth and most successful movie, Enter the Dragon).

A wealth of interviewees, ranging from filmmakers like Jackie Chan (who was a stunt man on Lee’s movies in his early career), John Woo, and Brett Ratner, comedians like Eddie Griffin and Margaret Cho, musicians like LL Cool J, RZA, and Damon Albarn, athletes like boxer Sugar Ray Leonard and bodybuilder Flex Wheeler, and more, testify to the enormous impression Lee had on them.

The documentary overreaches at some points, but there’s no denying that Lee brought martial arts movies to the West and redefined the image of Asian men in the public consciousness (before him, Asian men were fiends like Fu Manchu, servants, or buffoons).

Lee’s life history is efficiently told and some of the details are delightful-who would have guessed Lee was a champion cha-cha dancer in Hong Kong? His audition for The Green Hornet reveals a movie star just waiting to be discovered. The man himself-lithe and muscular, capable of astonishing speed and grace, radiating both intelligence and passion-makes all commentary unnecessary.