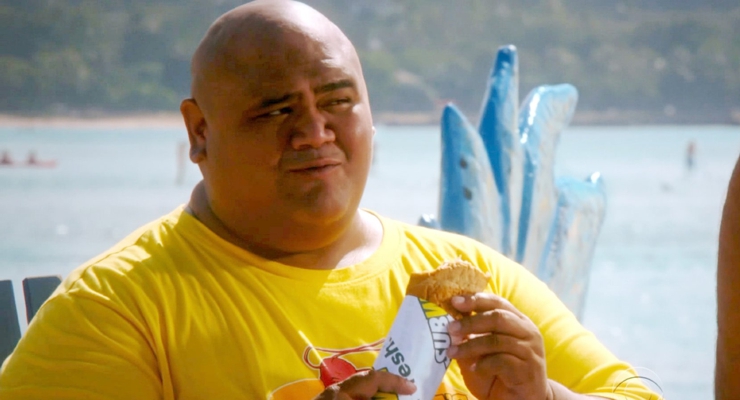 Taylor Wily (Teila Tuli) was born in 1968 in Honolulu, Hawaii of Samoan descent. He is an actor, known for Forgetting Sarah Marshall (2008), Hawaii Five-0 (2010) and North Shore (2004). He was an amateur sumo wrestler who was one of a select group of Americans to compete in Japan, where he rose to the level of the Makushita class, the top division in Sumo. He was also a boxer. He fought in UFC 1 and lost to Gerard Gordeau.

In March 1987, Teila Tuli was recruited by former sekiwake Takamiyama, another Hawaiian, and joined Azumazeki stable, which Takamiyama had founded the previous year. Teila Tuli was given the sumo name of Takamishu. Tuli was unbeaten in his first 14 official bouts, winning two consecutive yūshō or tournament championships. Weighing nearly 200 kg (440 pounds), he was one of the largest wrestlers in sumo. In March 1988, he was promoted to the third highest makushita division, and became the first foreign born wrestler to ever win the championship in that division. In the same month, future yokozuna Akebono, also from Hawaii, joined Azumazeki stable. As the highest ranking wrestler in the stable, Takamishu was a mentor to Akebono and gave him advice on how to adjust to life in Japan. In March 1989 Takamishu reached his highest ever rank of makushita 2, and even fought two bouts with elite jūryō ranked wrestlers. However, Takamishu was never to reach sekitori status himself. He did not compete in the following tournament, and retired from sumo in July 1989.

After leaving sumo, Teila Tuli competed in the first bout of UFC 1 in November 1993, in Denver, Colorado. It was shown on pay-per-view. Even though Tuli heavily outweighed his opponent, he lost to Gerard Gordeau. The match was stopped after Tuli was kicked in the face causing him to lose a tooth. This was Teila Tuli’s only MMA fight. The match has been described as one of the top five David and Goliath match-ups in MMA history.