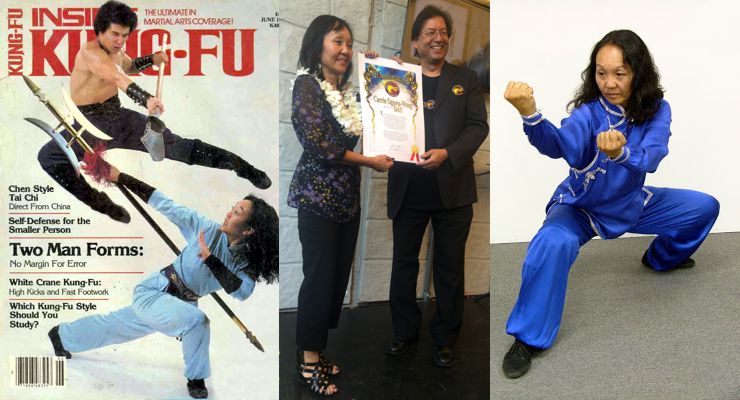 Carrie Ogawa-Wong is a 2005 inductee into the Martial Arts History Museum Hall of Fame and an energetic mother, wife, martial artist, author, instructor, and competitor. She manages to balance her heavy schedule so she can enjoy her love for the martial arts and her family.