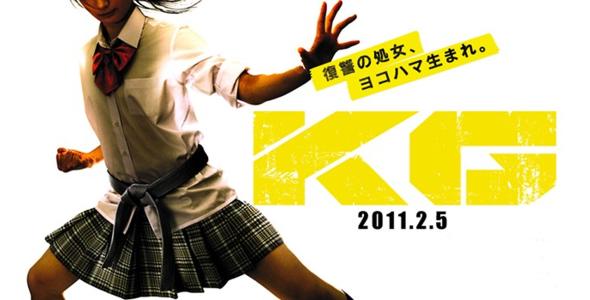 KG: Karate Girl (2011) opened in Japan on February 5, 2011. KG stars Rina Takeda (High Kick Girl), and Hina Tobimatsu as sisters Ayaka and Natsuki Kurenai. The girls are the youngest descendants of a legendary Okinawan karate master, Shoujirou Kurenai (Tatsuya Naka). As children, they learn karate from their father and their lives are happy an uneventful. One day, a mysterious group of hoodlums breaks into the dojo and kills their father. The group kidnaps the younger Natsuki, and steals the legendary Black Belt which has been passed down in their family for over 200 years.

Years later, Ayaka has moved to Yokohama and lives as an ordinary teenager under a different name. Meanwhile, Natsuki’s captors have turned her into a killing machine. Eventually, the group discovers Ayaka’s whereabouts and pit sister against sister. Ayaka continues to hold the teachings of her father in her heart and she will do whatever it takes to save her sister, retreive her families Black Belt, and get revenge against the group that destroyed her family. 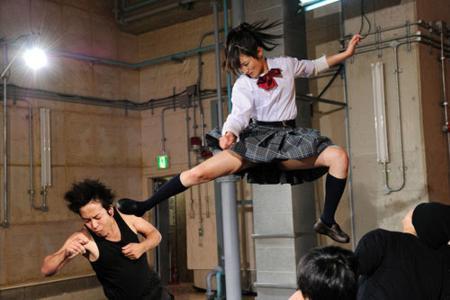 All stuntwork in KG: Karate Girl (2011) is done without wires, CGs and without stunt people.

KG: Karate Girl (2011) is co-distributed by CJ Entertainment Japan and T-Joy. The movie was released in Japan on February 5, 2011.