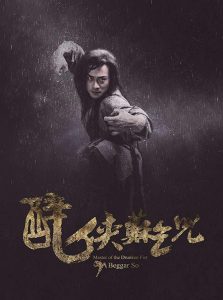 In Master of the Drunken Fist: Beggar So (2016) a conspiracy against the wealthy So Chan causes him to lose everything, but he is saved by the Beggars’ Sect. He learns the long lost martial art of Drunken Fist, and defeats the person who framed him.

Master of the Shadowless Kick: Wong Kei-Ying (2016) premiered on the HBO Channel and streamed on HBO GO on December 25, 2016.