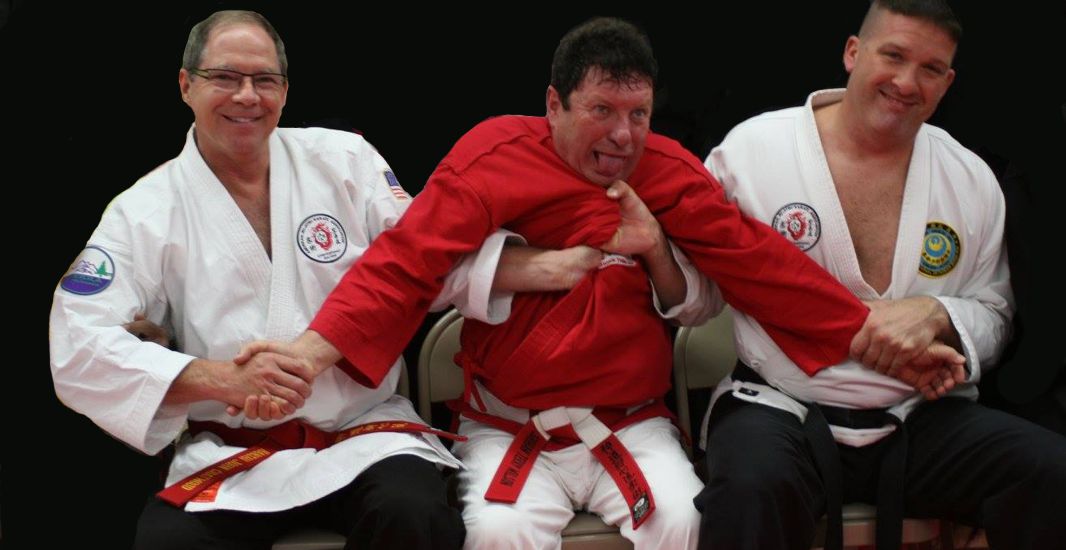 Terry is also a five time Emmy Award winning television producer, director, writer as well as a on camera host/reporter. In 1976 Terry produced a martial arts special, Karate Kung Fu & Arts of Self Defense, receiving and Emmy and he continues to be the only person to have ever won an Emmy for a martial arts special.

Terry Wilson was also the first person to direct Full Contact Karate and Kickboxing for network television broadcasts on CBS and NBC television. He was also director of syndicated programming for the World Karate Association.

Off The Mat Visits John and Lucy Olivia

Terry Wilson from Off The Mat visits with Karate Grand Master John Olivia and his wife Lucy, who is a Master Level teacher in the art of Reiki. We visit their unique training center and watch Lucy perform the healing art of Reiki on her horses.

Off The Mat Visits Dave McNeill

Terry Wilson from Off The Mat visits with martial artist Dave McNeill whose story of survival should be a Hollywood movie. Dave McNeill’s parents perish in a plane crash, so he is orphaned. Taken in by relatives, he contracts and survives polio and later in life he gets cancer, but thanks to his martial arts training he overcomes it all.