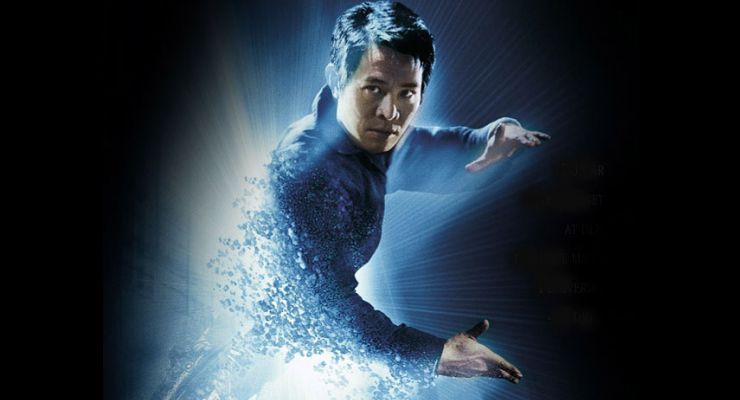 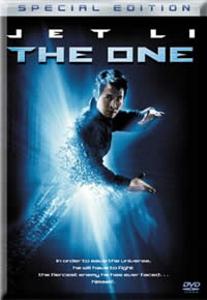 Yulaw (Jet Li) is an evil man who travels through all the multi universes where different embodiments of us exist. Lawless has been killing all the embodiments of himself in each parallel universe. Each time he kills another one of his embodiments, the deceased person’s energy is evenly distributed to the surviving members still living throughout the parallel universes. Unknown to Police Officer, Gabe Law (Jet Li), he is the only embodiment left still living. He does not know why he is getting stronger as he gets older. But when Lawless appears and tries to kill Gabe, he thinks he is going crazy. But with the assistance of MVA Officers Roedecker (Delroy Lindo) and Funsch (Jason Statham) who have been chasing Yulaw across the multiverse, Gabe finally meets Yulaw in a climactic fight to the death.

I had real mixed feelings about this film. I liked the fights, but I really felt Jet was miscast in the lead role which was originally written for WWF Superstar The Rock. That should have been the first clue Jet should have paid attention to?And that is to never take a role that was written for an actor whose first name is “The”!

Unfortunately, subtlety and character development is not a stroke the writers and director chose to use here. The antagonist, Yulaw’s outer motivation was not strongly supported by the story and characters. What was he going to do when he finally kills all his embodiments? I feel this is simply a justification to get to the final fight scene. As a result, all the characters including Yulaw come across flat rather than a multi-dimensional. The character of Gabe’s wife, T.K. (played by Carla Gugino) tried to anchor and ground the characters in a far fetched story (much like Joan Allen’s character in Face/Off) but failed to do so because of the shallow undeveloped story that was sacrificed for the action.

I was not completely convinced with Jet’s portrayal of the evil Yulaw, which felt forced and unnatural for him. I feel it was not completely Jet’s fault, but more with the uninspiring, lifeless, and shallow script that was too formulaic. I feel this was what created an uphill battle for Mr. Li, not giving him much to work with. I could clearly see The Rock saying the lines written in the film but had a difficult time accepting Jet’s interpretation of them.

Overacting is not a strong suit for Jet. His acting strength lies in his subtlety as displayed in his previous effort ONCE UPON A TIME IN CHINA series.

The editing of the fights is not as frenetic and quick cutting as what you would see with a Hong Kong film. And because of this, the pacing of the fights might seem a little bit slower. What I liked about the fights is the difference between the fighting styles of Yulaw and Lawless. Yulaw used circular Pua Kua movements and Lawless used straight Hsing Yi strokes, which compliments their personalities and also makes a good fight because of the pairing of contrasting styles. The fights are by no means a classic, but for an American feature I feel it is really good and a step towards the right direction simply because you can clearly see the action and the use of close ups when necessary to enhance the action. There were a lot of special effects and wire gags in this film. But were the wire gags and special effects justified and supported by the story and characters (unlike ROMEO MUST DIE)? Yes.

What I feel missing is the expression of emotional content behind the techniques…in essence there was no soul to the movements. I feel this stems from the script, which has no character development for which Cory Yuen to work with. Although this was not Cory Yuen Kwai’s best work as a fight choreographer (compared to his choreography in his Hong Kong films or even his previous KISS OF THE DRAGON were much more satisfying because it supported a solid story and character arc.

Although “The One” became one of Jet’s best opening films ever, it did not keep the number one spot after that week and slowly disappeared from theaters. This is a good lesson for Hollywood producers and studio execs thinking that if you have solid fight scenes with a Hong Kong choreographer or a Hong Kong star that it does not always guarantee a good box office. A well-crafted story supported by good action is the basic foundation of what will satisfy an audience creating a good word of mouth will satisfy an audience and make them come back for more.

The featurettes on the DVD are as follows?

My advice is to turn off your critical mind, turn your willing suspension of disbelief up to 11, and you will have a good time with this film. And there is nothing wrong with that at all. Is it up to the level of “The Matrix?” No. Not even in the same ballpark. Is it superficial eye candy? Yes.

If you want to not have to think while watching a film that moves briskly or want to know more about the filmmaking process and what is involved, then I highly recommend this DVD.