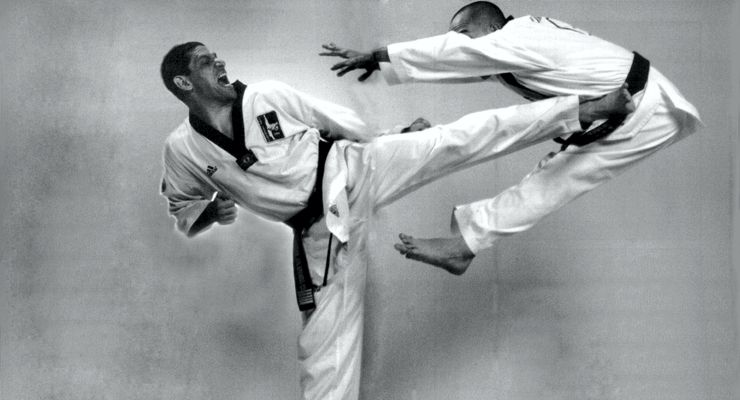 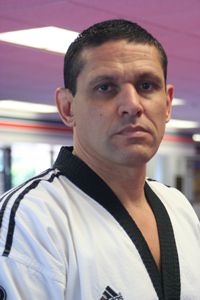 Andre Lima is a Brazilian Taekwondo expert and former competitor who has lived and taught in Los Angeles for the past 21 years. In a career spanning tree decades he has been featured in newspapers, television, books, movies and approximated 500 martial arts and fighting magazines articles in Europe, South America, Australia and the United States. Lima has traveled to 32 countries in activities related to martial arts, his name is globally recognized in the fighting world and he’s considered to be a legend by the Taekwondo community and has thousands of fans. He was one of the first Brazilian instructors to emigrate and teach in the United States before the UCF and the MMA revolution.

Andre Lima began his journey into martial arts in the city of Brasilia, Brazil. He started studying and competing in Taekwondo under the guidance of masters Myung Choi and Carlos Loddo until 1983 when he relocated to the state of Ceara, in the north of Brazil and became the pioneer of this art in that region. Between 1985 and 87 he made several appearances in Brazilian television, in 1987 he performed a remarkable demonstration for Rede Globo, the country’s main station; Lima jumped of the third floor of a building with no protection then jumped over a car to break a board in the other side and finished the demo by braking a pile of 20 tiles with his head.

In Ceara, Andre Lima as well studied and competed in Shotokan Karate achieving his black belt in 1986 under Master Gilson de Almeida and in the same year he began studding Brazilian Jiu Jitsu under Master Francisco Sa. In 1988 Lima moved to Europe and started competing in the international tournament circuit. He fought in France, Spain, Portugal, Luxemburg and Belgium winning numerous local and international titles and began to be featured in a variety of European martial arts magazines such as: Karate (France), Combat (England), Budo (Germany), Cinturon Negro (Spain) and Samurai (Italy), becoming an internationally recognized figure in the martial arts world. 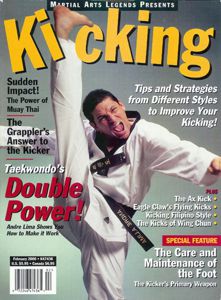 In 1989 Andre Lima moved to New York City and started to teach Taekwondo in Queens. He competed in the East Coast Point Fight Karate circuit winning a world title in 1990 for the World Professional Karate Organization in Manhattan. In July of 1990 Lima arrives in Los Angeles establishing permanent residence and began working as a freelance writer, making interviews and writing articles for a variety of martial arts and fitness magazines in the United States and Europe. Some of the celebrity’s interview by him was: Arnold Schwarzenegger, Steven Seagal, Van Damme and Chuck Norris. 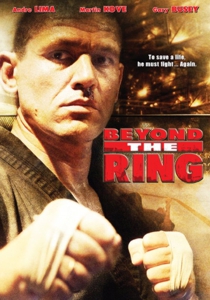 In 1991 Andre Lima began teaching Taekwondo in Los Angeles and keep competing and winning a number of local tournaments in the West Coast. Later on that year he became a student of the Machado Brazilian Jiu Jitsu Academy in Redondo Beach. In 1992 Lima retired from martial arts competition but came back as a contender a few times; in 1993 he represented the United States in an international match against the Korean National Team; in 2001 he competed in the Brazilian Jiu-Jitsu Pan-American Championships in Florida taken 2nd place.

In 1995 Andre Lima founded the first Lima Taekwondo Academy, a chain of martial arts schools in Los Angeles. In 2000 he was the author of a martial arts book called Combat Kicking released in the United States and England. Since 1992 Lima has had a number of small roles as an actor and stunt man in movies such as: Zwischensaison (1992) Best of the Best II (1993), Red Sun Rising (1993), Sworn to Justice (1996), The Silent Force (2001).

In 2004 Andre Lima received a black belt in Brazilian Jiu Jitsu from Rigan Machado, in 2008 he was inducted into the Martial Arts Hall of Fame in New York City. The same year Andre Lima starred with Gary Busey and Martial Kove in a Hollywood Mixed Martial Arts movie called Beyond the Ring. In 2009 Lima had a role in the television show Comedy Central.