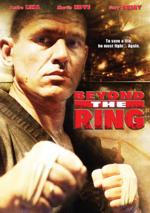 Martial arts champion Andre Lima’s fighting days ended with his wife’s death. The past nine years Andre has struggled to rebuild his world around his two children. When his daughter’s health suddenly fails, his finances collapse. Returning to the ring to save her life, Andre finds himself in a fight to save his own. Directed by Gerson Sanginitto and starring Gary Busey, Andre Lima and Martin Cove.