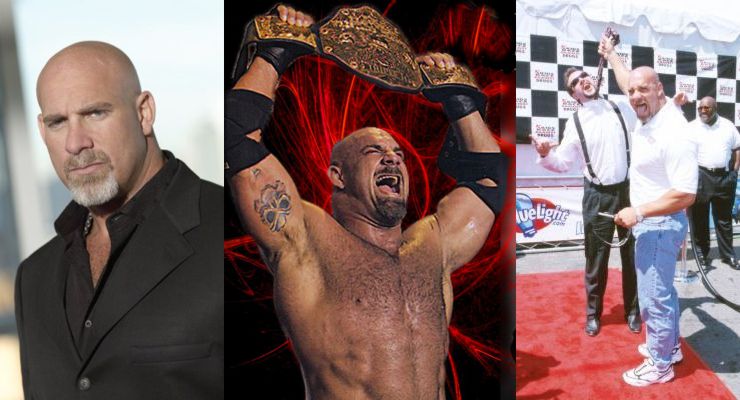 Bill Goldberg is an actor, former football player, and a former professional wrestler who appeared in World Championship Wrestling (WCW) between 1997 and 2001, and in World Wrestling Entertainment (WWE) between 2003 and 2004. He is notable for his long undefeated streak in singles competition and he once owned the largest mixed martial arts facility in the United States, in Atlanta.

Bill Goldberg first WWE match was against The Rock Dwayne Johnson at the 2003 Backlash Pay-Per-View. It was The Rock’s last match before leaving to film The Rundown (2003).

Bill Goldberg was a football player before he was a professional wrestler. He played college football with the Georgia Bulldogs and earned his degree in psychology. He played pro football with the Atlanta Falcons and the Los Angeles Rams, then signed with the Carolina Panthers. His football career was ended due to an injury. After retiring from wrestling, he worked as a commentator for the mixed martial arts promotion EliteXC until its closure. As of 2010, he has been the host of Garage Mahal on the DIY Network.

Bill Goldberg is famous for his catchphrase “Who’s next?”

Bill Goldberg is the co-host, along with Tu Lam, of the History’s Channels Forged in Fire: Knife or Death (2018) where The country’s most experienced bladesmiths, martial artists and knife experts slice, stab and chop their way through a blade-shattering gauntlet for a chance at winning a $20,000 grand prize.