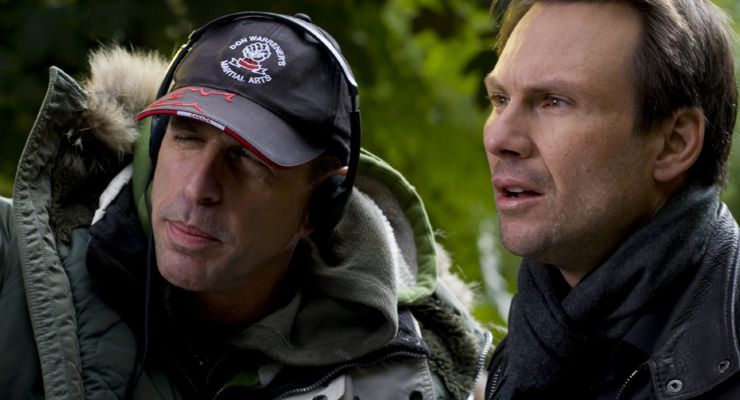 Isaac Florentine is an Israeli-born movie director and a martial arts expert with a degree in Film & Television from Tel Aviv University.

Born in Israel to Holocaust-survivor parents, Isaac Florentine often went to the movies as a child. When he saw a matinee showing of Sergio Leone’s The Good, the Bad and The Ugly, he was immediately captivated by Leone’s masterful operatic style. From that day on, Isaac was hooked. He now knew that he wanted to become a filmmaker. While in high school, Isaac shot three films with his father’s super 8mm camera. After graduating from high school, he completed a mandatory three-year army service, and then went to Tel-Aviv University to earn a degree in Film & Television. Isaac’s first film was an adaptation of Jacques Prevere poem, “Dejeuner Du Matin.” His graduating project was a film called ‘Farewell, Terminator’, which awed critics with its vision, and was awarded Grand prize in the Mograbee Film Festival. In addition, the film won prizes for Best directing, editing, cinematography, costume, production design and music, plus it was chosen to represent Israel in the short foreign-student film category of the 1988 Academy Awards (the Oscars). 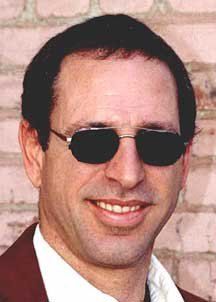 The following year, Isaac moved to the United States to pursue a filmmaking career. This was a big move for Isaac and his wife, Barbara, but the hardest part of the move was giving up is highly successful Karate school. Isaac Florentine had trained in martial arts since he was 13 years old, and he was considered one of the best practitioners in the country.

Isaac began his career in the American film industry working as a fight choreographer and a second unit director. Two-and-a-half years later, he directed his first feature, Desert Kickboxer. Despite its hectic sixteen-day schedule and ultra-low budget, Isaac’s inspired direction was so impressive that HBO bought the film. Since then, he has worked steadily as a director in film and television, and he continues to impress people with his creative visual style.

Isaac Florentine moved into the mainstream as a directory with New Line’s release Undisputed II: Last man standing. The film received rave reviews not only for its groundbreaking fighting scenes but also for its complexity and dramatic qualities. The film was also a financial success and was rated #1 in the “Non Theatrical” category of the DVD renters in February 2007. In 2010 he directed Undisputed 3: Redemption and Boyka: Undisputed 4 is in development and will include previous star Scott Atkins.

Impact Magazine, the world’s leading publication dedicated to Action/Martial Arts films, hailed Isaac as “one of the most talented directors in the genre.” He has had over ten features and over one hundred and twenty television episodes under his belt, Isaac has proven his ability to bring leadership to the set, while providing the project with his own unique artistic flair.

In 1972, Isaac Florentine began his career in the Martial Arts in Tel Aviv Israel. He first trained in Judo and then Karate. His first instructor, Gideon Kadari, taught Judo and Kyokushinkai Karate. In 1973 a Shito ryu stylist, Hiroshi Korihara replaced Kadari. In 1975, Hiroshi Korihara’s dojo had a visitor from Sweden that changed the way Karate was perceived by Hiroshi and his students. That man was Sensei Tamas Weber, a high ranking Shito ryu (Sankukai-Shukokai) Karateka. Weber was an ex-captain in the French Foreign Legion and a decorated hero of the Algerian war. For Sensei Weber, Karate was about efficiency in close combat.

In 1976 Hiroshi sensei went back to Japan and was replaced by an instructor that studied in Tokyo under Master Gogen Yamaguchi’s Karate College and in Mejiro Gym. Isaac and the other dojo practitioners were taught a blend of Goju Kai and the Japanese version of Muay Thai. After a few months Isaac was drafted to a three years mandatory service in Israel’s Defense Army (IDF). While stationed in the port city of Haifa, Isaac joined a newly opened dojo with instructor Arie Berco, who was a student of Tamas Weber. Berco had just returned to Israel after living in Sweden. Isaac Florentine now had the opportunity to train almost religiously, and he was the first person to be tested and promoted to first Dan in Israel by Tamas Weber. this took place in July 1979.

Isaac Florentine started instructing Karate in 1978, while still in the Army. He first taught cadets in the Air Force Technical School, then after completing his military service he started teaching at his former high school in Tel Aviv. Soon after he opened his first dojo. the dojo was located at a major sport association building. Isaac was given a hall the was last used by the Israeli Olympic team that was murdered by Terrorists during the infamous 1972 Munich Olympic Games. This was Isaac’s main dojo untill he left Israel to the USA ten years later.

In 1980 Isaac went to Stockholm Sweden to train under Tamas Weber. After a few month of training Isaac returned to Israel and started running his dojo as a professionally run school. Going into a partnership with his good friend and fellow Karateka Yossi Sechnovitz, the dojo flourished, soon they were running three dojos. In 1983 Isaac became the chief instructor of the association supervising twelve affiliated dojos all over Israel. Leading many activities, like running training camps, conducting seminars, participating and also organizing national and international competitions, (including winning in some). Becoming one of the directors of the Israeli Karate Federation and conducting self defense courses (upon receiving a Self Defense instructor’s license, based on Krav Maga, from the Israeli National Sport Institute).
In the late 80’s,Isaac appeared many times in Israel’s main stream media: TV, radio, national newspapers and magazines, helping to spread Karate’s popularity. In 1987 he became the technical editor to the sole Martial art magazine published in Israel.

Coming to America, to fulfil an old dream of becoming a film director, Isaac stopped teaching Karate but kept on practicing as regular as possible. In 1999 he created Rising Sun Productions with Canadian veteran karateka Don Warrener. The company’s activity in producing and distributing Martial Art videos, gave Isaac a rare opportunity to meet and get an insight look at known Instructors like Fumio Demura, Hisataka Nishiyama , Ray Dalke, Saksan Janjira, Bill Wallace and many more. Absorbing whatever knowledge he could, and keeping it in line of Karate’s spirit as it was defined by Gichin Funakoshi: ” The ultimate aim of Karate does not lies in victory or defeat but in the perfection of character”.