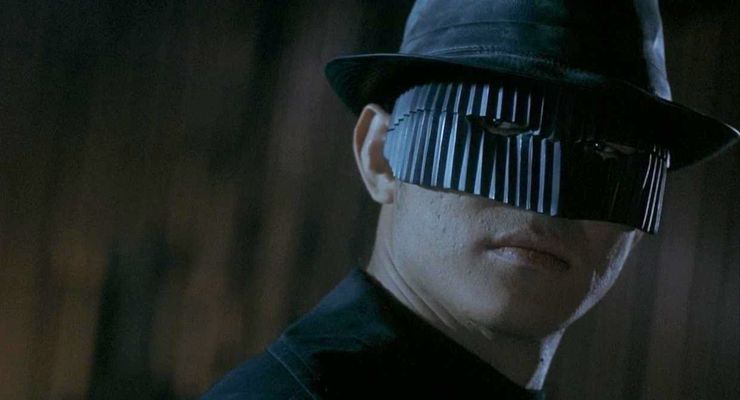 Black Mask (1996) is about a survivor of a supersoldier project who must fight his former comrades as a masked hero. The movie is directed by Daniel Lee and and produced by Tsui Hark and his production company Film Workshop. The screenplay was written by Hark Tsui and Koan Hui and is an adaptation of the 1992 Chinese comic, Black Mask, by Chi-Tak Li. The film stars Jet Li, Ching Wan Lau, Karen Mok and Anthony Wong. The film was dubbed into English and released in the US on May 14, 1999 by Artisan Entertainment. It was followed by a sequel, Black Mask 2: City of Masks (1992).

Simon (Tsui Chik in the Chinese version) attempts to lead a quiet life as a librarian. However, he is really a genetically enhanced government solider who feels no pain. A former test subject for a highly secretive supersoldier project, he was the instructor of a special commando unit dubbed “701”. The 701 squad had been used for government missions, but after one of the agents kills a team of policemen in an uncontrollable rage, the government aborts the project and attempts to eliminate all the supersoldiers. Simon helps the surviving 701 agents escape the extermination attempt and he goes his separate way, in Hong Kong. Later Simon discovers that the rest of the team, led by his ex-commander, Hung (Patrick Lung), are responsible for a series of violent crimes which the local police can not stop. Simon realizes that he is the only one who can stop the supersoldiers and he puts on a mask and hat and becomes the superhero, the Black Mask. Feeling no pain, the Black Mask is almost invulnerable.

An interesting note about Black Mask (Jet Li), is the fact that he pays homage to The Green Hornet by wearing a domino mask and chauffeur’s cap like Kato did in the television series. There is a news scene in the film where the reporter compares the Black Mask to Kato.