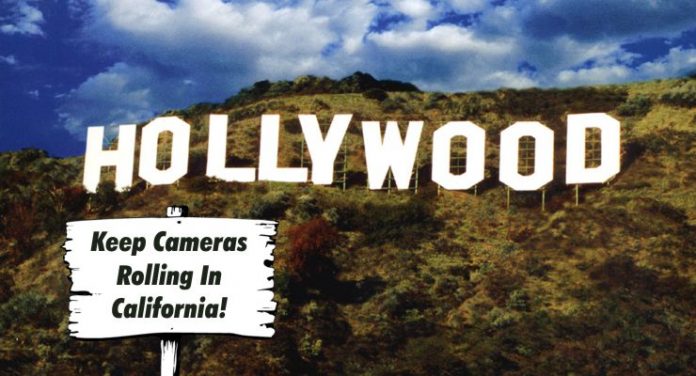 California has finally woken up and passed a bill that triples film tax-credit funding for California’s film and television industry. The compromise increases funding to $330 million a year over the next five years. This still falls short of the $400 million annually sought by backers, but the amount is substantially more than the $100 million that the state was allocating. New York offers a 420 million dollar program. The State Film Commission says that California lost over $1 billion dollars last year outside the state due to runaway production. The question we are all asking is, “Is this bill enough, or is it too little to late?”

California is on the move and Hollywood is a very important part of that,” said Gov. Jerry Brown, outside of Hollywood’s TCL Chinese Theatre and behind a sign that read Keep Cameras Rolling In California. It’s not only a golden state but home of the silver screen, added the governor, promising thousands of new jobs would emerge from the new law, the widely supported and multi-sponsored Film and Television Job Creation and Retention Act.

AB 1839 allows more projects to qualify, including new network television dramas and big-budget studio movies, and would provide additional incentives for projects that shoot in California cities other than Los Angeles, according to the LA times.

This bill also scraps a controversial lottery system used to distribute up funds and will instead allocate tax credits based on the number of jobs a project creates.

“This is a crown-jewel industry that provides jobs and opportunity for middle-class families in every region of our Golden State,” De Leon said. “We’re sending a powerful signal today that we are 100% committed to keeping the cameras rolling and bright lights shining in our state for years to come.”

The new law hopes to reverse a steep loss in film production that has hammered Southern California’s homegrown entertainment industry. There has been widespread job losses and hardship for companies working close to the industry including prop houses, visual effects companies and other vendors that depend on local filming.

“I’m grateful to the governor and the Legislature for this important measure to protect and expand an industry that is integral to our economy and our identity,” said Los Angeles Mayor Eric Garcetti, who made expanding the credit one of his top legislative priorities in Sacramento.

The AB 1839 law was intended to make California more competitive with some 40 states that offer tax breaks to the film industry. This is not the best news for Louisiana, Georgia and Canada who were reaping the benefits of California’s lack of support for the film industry.

Although the existing credit has kept some lower-budget movies in state, it hasn’t stemmed the flight of production.

According to FilmL.A. Inc., feature film production in Los Angeles County has fallen by half since 1996, and the region’s share of TV pilot production has fallen 73% since its peak in 2007.