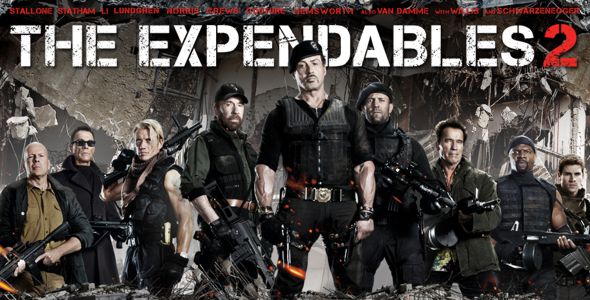 This list of Chuck Norris Films is a work in progress. Enjoy!

Bruce lee get Chuck Norris a bit part and a fight scene. Chuck plays the Man in the House of 7 Joys, and has one line to say, “May I, Mr. Helm?” Chuck is so nervous that his throat tightens up and he can barely speak. It doesn’t matter, they love his fight scene!

Plot: The count has stolen 1 billion in U.S. gold, which is enough to cause a financial crisis in the world markets. I.C.E. sends in ace spy, Matt Helm, to stop the count. Matt always works alone, but the British send in Freya to aid Matt. Freya causes more problems than she solves.

Bruce Lee’s pre-Enter the Dragon movie was a change of pace from his usual hard-hitting action films. In this picture he along with his kung-fu. This movies is Lee’s attempt at directing. Return of the Dragon works because Lee is a charismatic star. Lee has great comic timing and his usual physical prowess which makes the action scenes. He also manages to utilize both humor and his martial arts skills together on occasion. The best example is a scene where Lee squares off with a group of mobster’s at a restaurant. The movie benefits from its picturesque Italian setting (a novel location for a kung-fu film) and an impressive fight finale between Lee and Chuck Norris. On the down side, the film’s low-budget shows and the other performers all pretty much pale in comparison to Lee. The real flaw with Return of the Dragon lies in its ending. A last-minute twist doesn’t work for the audience because it is too tragic for a film that had previously been so lighthearted. Despite the depressing ending, it remains a popular blend of kung-fu and comedy for Bruce Lee fans.

Plot: A man visits his relatives at their restaurant in Italy and has to help them defend against brutal gangsters harassing them.

This is Chuck’s film debut. Bruce wanted to fight and kill the “world champion” in this movie and the world champion was Chuck Norris. Bruce wins!

Plot: A small town in California is under the thumb of Judge Josh. Josh and his thugs use CB radios to lure truckers into town where they rough them up. But when Taw Kwan Do expert J.D. Dawes comes looking for his brother, they find that their time of reckoning has come.

This was a tough movie for Chuck Norris, because he actually had dialogue to memorize. It was also a movie that was never picked up by a studio so the actors had to rent theaters and they made money from the ticket sales. It also had one of his exception scenes where he does a flying side kick through the windshield of a moving car.

Plots: An ex-US Army commando must find the reason why his comrades from his unit are being systematically murdered before he is next.

Plot: A team of undercover narcotics agents is conducting an investigation when things mysteriously go haywire and one by one, the squad is eliminated by an assassin. The police enlist the aid of karate champion Matt Logan to help discover the identity of the karate killer.

Plot: A martial artist must defeat a plan by ninjas to create a worldwide training camp for terrorists.

Plot: Sean Kane is forced to resign from the San Francisco Police Department’s Narcotics Division afer he goes berserk when his partner is murdered. He decides to investigate alone and follows a trail of drug traffickers into unexpected high places.

Martial artists in the movie:

Plot: In the hospital of a small town, three doctors experiment on a man called John Kirby. As a result, John becomes a mute, maniacal, murderer who has the ability to heal automatically whenever he gets injured. He kills everyone he comes across so the town’s sheriff goes after him, but he can’t stop someone who can’t be hurt or die.

Plot: A casino security guard is forced into violence from when the Hong Kong mob threatens his friends.

Plot: J.J. McQuade is a Texas Ranger who doesn’t exactly follow the rules, is unruly, and prefers to work alone, which earns the nickname, Lone Wolf McQuade. When he discovers some criminals have automatic weapons, he discovers that they were stolen from the military. He tries to handle on his own, as usual, but in the end, an old friend, and a prisoner, whom he was keeping under wraps, are killed. He is then relieved of duty. But then an FBI agent, who also wants to get these guys, offers to help McQuade, and along with a rookie, they track down the mastermind.

This was one of Chuck’s favorite movies.

Plot: Colonel James Braddock is an American officer who spent seven years in a North Vietnamese POW camp. 10 years later Braddock accompanies a government investigation team that goes to Ho Chi Minh City to investigate reports of Americans still held prisoner. Braddock gets the evidence then travels to Thailand, where he meets Tuck, an old Army buddy turned black market kingpin. Together, they launch a mission deep into the jungle to free the American POWs from General Trau.

Plot: A Chicago cop is caught in a middle of a gang war while his own comrades shun him because he wants to take an irresponsible cop down.

After a plane is hijacked by terrorists, The Delta Force are sent in to resolve the crisis.