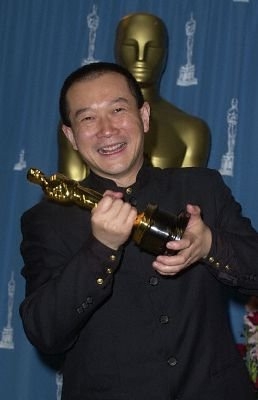 On August 13, 2015, Tan Dun will conduct the Los Angeles Philharmonic on the score and music from “three greatest romantic martial arts films of our time.” The films, Crouching Tiger, Hidden Dragon (2001), Hero (2002), and The Banquet (Legend of the Black Scorpion) (2006) will also include Tan’s triple concerto The Triple Resurrection. The music will be part of his multimedia Martial Arts Trilogy , a “focus on a synchronization of color and timbre” which will be seen at the Hollywood Bowl. Dun Tan won an Academy Award for his score for Ang Lee’s martial arts film Crouching Tiger, Hidden Dragon as well as a Grammy.

In an article by Jeffrey Fleishman in the Los Angeles Times, Fleishman asked the question and received this answer,

You have said that your “Martial Arts Trilogy” program was inspired by Richard Wagner’s “Ring” cycle of operas.

The trilogy is a cinema- and opera-linked concept. Opera is ancient cinema. The love, hope, dream, fighting, revenge and soul themes are very much like Wagner’s “Ring” cycle. All the themes come jumping together. I used the river and water theme as a base to link the “Crouching Tiger” dream theme, the “Hero” hope theme and “The Banquet” love theme to all come back as a super trio. According to an article by Jeffrey Fleishman in the Los Angeles Times

About the Performance
Tan Dun’s music for Ang Lee’s Crouching Tiger, Hidden Dragon, which garnered both Oscars and Grammys, was only the first in a triptych of scores for renowned martial arts movies. Enjoy an evening of Tan Dun’s masterful movie music, accompanied by selected scenes from the soaring and spiritual films.