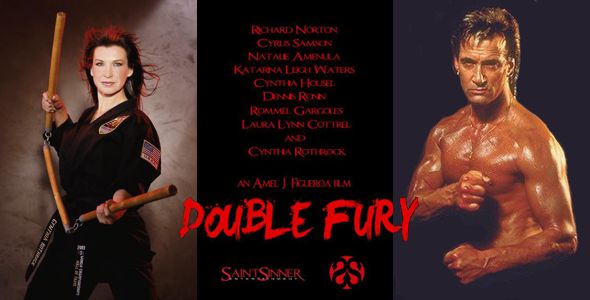 Cynthia Rothrock was the undefeated middleweight Kickboxing and Weapons lady champion for five consecutive years and starred in many martial arts action movies in the 1980s and 1990s. Her last movie, SCI-FIGHTER, 2004, left us waiting for her return and now we are looking forward to DOUBLE FURY, which is set to to be filmed this summer.

SYPNOSIS: Double Fury is a martial arts action packed tale of two estranged brothers brought back together after their father is murdered by a megalomaniacal madman who’s looking for a volatile package in one of their possession that could destroy all that they hold dear.