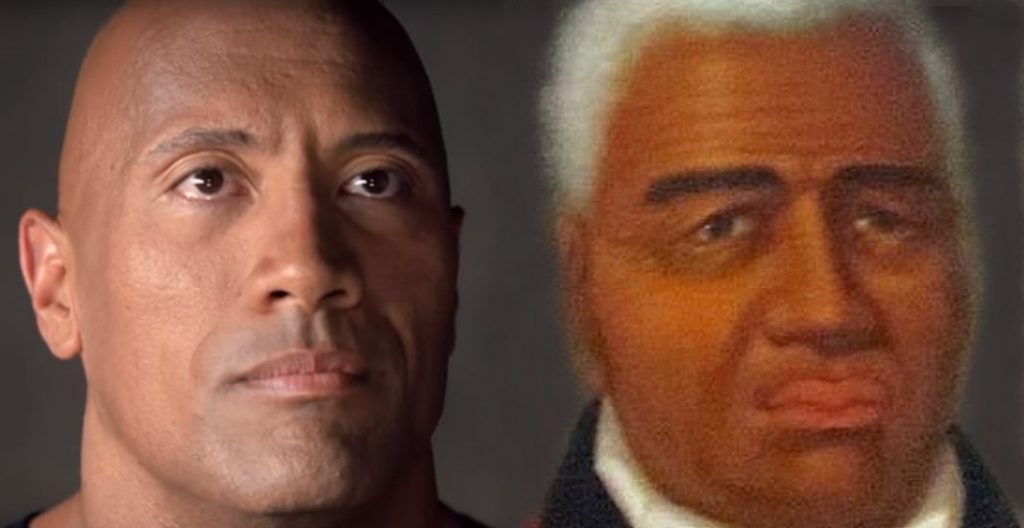 Dwayne “The Rock” Johnson, is taking on the role of Hawaiian King Kamehameha, in Director Robert Zemecki’s film, The King (2019). Dwayne Johnson is a Polynesian-born actor who was raised in Hawaii. The King (2019) was written by Oscar-nominated screenwriter Randall Wallace (Braveheart 1995).

On August 29, 2018 on his Instagram Dwyane Johnson writes, “Dawning of a new day with hope and promise. Humbled & grateful to begin this once in a lifetime journey”. “From the day I began my Hollywood career (2001), my dream was to bring this legacy to life. In Polynesian culture we have a belief, that something isn’t done when it’s read . . . it’s done when it’s right. The time is right.”

Dwayne Johnson also tells us on Instagram that King Kamehameha is the legendary King and the first to unite the warring Hawaiian islands which fulfilled the prophecy that surrounded his fabled life since his birth and allowed the creation of the the powerful and spiritual 50th state as we know it today.

The film project and Dwayne Johnson’s team of producers were blessed last year with a ceremony in Hawaii performed by a Kahu priest.

Deadline gives us this storyline about the film stating that King Kamehameha is the legendary king who was the first to unite the warring Hawaiian islands, which fulfilled the prophecy that surrounded his fabled life since birth. He took control of Hawaii’s destiny, and gave the islanders leverage in advancing the culture in trading with the foreign ships from Europe that began showing up on the shores of islands that must have seemed like paradise, albeit a sometimes dangerous one as explorers like Simon Metcalfe and Captain James Cook discovered before Kamehameha forcibly unified the islands.