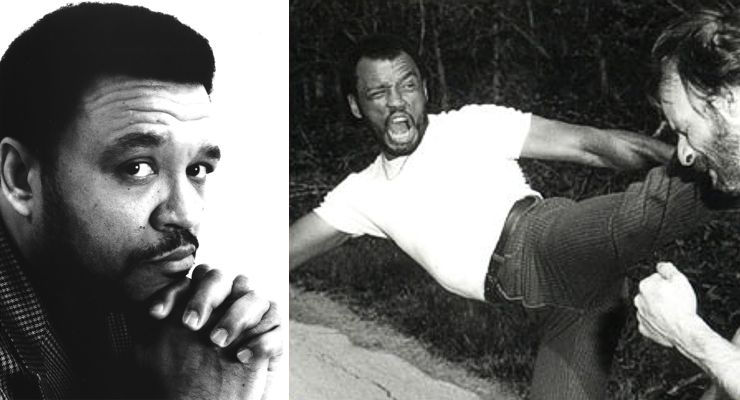 Earnest Hart Jr’s talents have been used for acting, stunt work and outstanding fight scenes in a variety of movies which include: Karate Kid III, Mortal Combat and as one of Mr. Freeze’s ice thugs in Batman & Robin. He has worked with actors: Arnold Swarznegger, George Clooney, Pat Morita, and Willem Dafoe.

Earnest Hart, Jr. is a world-class martial arts champion, personal safety and self-defense expert, physical fitness trainer, actor, and seminar specialist. In the ring, he earned a reputation as the man to beat, and was considered one of the most formidable competitors of the day.

As a teenager he trained in several fighting arts which included: karate, boxing, judo, jujitsu and wrestling. At 18, these skills were put to task as he shot onto the kickboxing scene. At age 21, Hart won his first World PKA Kickboxing title (among his many other accomplishments). Hart is the only African-American ever to win four kickboxing titles in the welterweight class.

A multi-talented martial artist, he holds a black belt in 15 different styles of martial arts. They include: Yoshukai Karate, Shorin-Ryu Karate, Kajukenbo, Tae Kwon Do, Jujitsu, and Savate to name a few. He is also the highest-ranking teacher at 10th degree in the American Fighting Arts School of Martial Arts and has been named as one of the “Top Ten Kickboxers of All Time” by Inside Karate magazine.