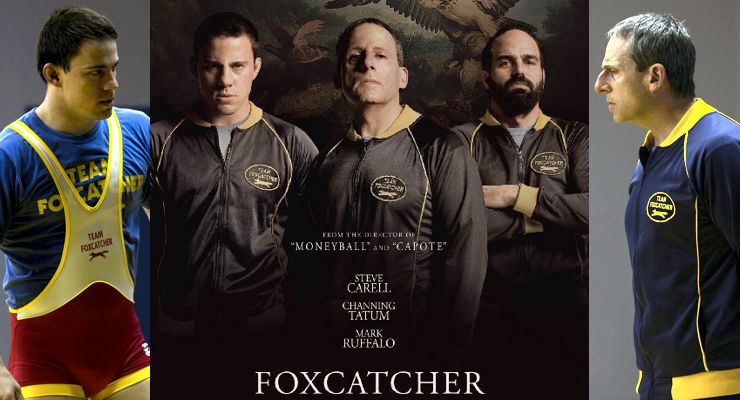 Plot: IN Foxcatcher (2014), wrestler Mark Schultz forms a relationship with his new sponsor, millionaire John du Pont, as they train for the 1988 games in Seoul – a union that leads to unlikely circumstances as both men feel inferior to Mark’s revered brother, Dave.