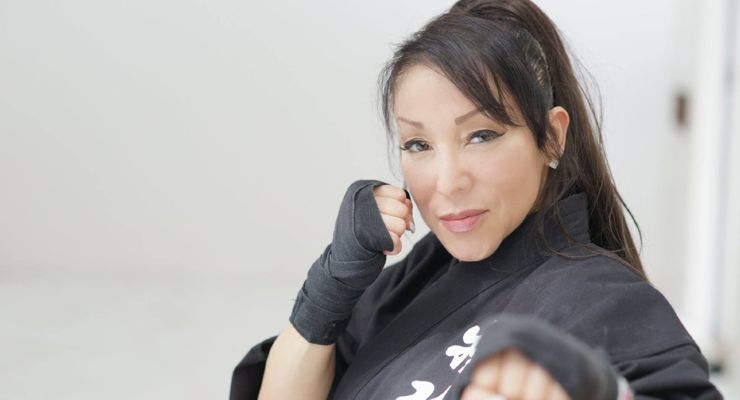 Janell Smith is the Executive Producer/Creator of “The Next Dragon” Reality Show and the Co-Producer For Action Sci-Fi Film: Templar: Honor Among Thieves. She is an actress, stuntwoman and producer.

Janell Vela Smith has always called Austin, Texas her home. Unlike other girls her age, her father would take her to see boxing and wrestling matches which she found fascinating. A bright and energetic athlete throughout her life, Janell’s academic years centered on her studies and a host of extra curricular activities. She enjoyed everything from baton twirling, cheerleading and even gymnastics. As a student she took a great interest in art and business as well as geography and world culture. As a result, Janell found herself captivated by the artistic flair and athletic discipline displayed in martial arts films such as Billy Jack and Enter The Dragon.

After graduation, Janell studied at Austin Community College and later at St. Edward’s University where she majored in business administration and management. Within months after completing college she began obtained a federal job working to ensure quality assurance for the firm.

But Janell had a strong desire to combine her expertise in business with her passion for physical fitness. In 1994, she was hired by Gold’s Gym as a personal trainer. Her ability to train and motivate members to attain their fitness goals soon led the company to promote her to manager and she was soon asked to serve as a Corporate Trainer. For the next five years, she personally trained CEOs and corporate executives at their various places of business, while developing a reputation for being extremely efficient in her methods.

Wanting the flexibility to raise her two daughters, Janell soon formed her own fitness company called Body and Soul. She continued to operate as a personal trainer and was soon motivated to include kickboxing into her list of classes. Wanting to ensure that she could teach her students how to kick properly, she decided to become a student of the martial arts.

In 1996, Janell began training in Taekwondo and eventually earned a 1st degree Black Belt. In 2004, she discovered Tukong Moosul, a form of martial arts developed by Grandmaster Wonik Yi. Fascinated by his expertise and his philosophy about the martial arts, Janell committed to train under him. Over the years, she developed a deep and profound respect for the art and rose within the ranks of students to become a certified World Tukong Federation 2nd degree black belt. Overall, Janell has spent the last 12 years training in the martial arts.

With countless awards and degrees of recognition, Janell began to serve as instructor at Grandmaster Yi’s academy. In 2005, the academy was selected by directors Robert Rodriquez and Frank Miller as a training ground for their film Sin City. Janell was fascinated with the process of training with actors and was motivated to help establish the Action Film Institute and Fighting Stunts Association.

As director of Fighting Stunts, Janell has produced 10 short films and a feature entitled Tremens. In 2007, she began working with director Rene Hinojosa of Innovative Renderworx to develop Templar: Honor Among Thieves. 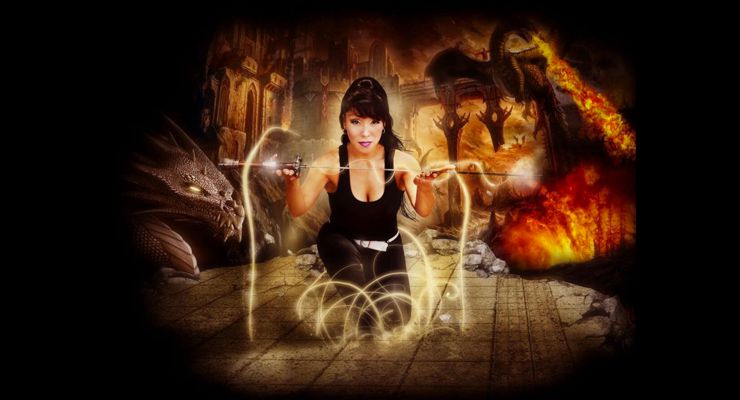 Janell serves as President of Innovative Renderworx and was CEO of Iron Dragon Productions. Together the corporations are partnered to produce projects within the realm of martial arts, health and fitness. She also continues to work as group fitness instructor and personal trainer, which explains how she is able to maintain high energy and enthusiasm with each new endeavor. She also proudly serves as Demo Team director for Grandmaster Yi and manages public relations for the World Tukong Moosul Federation.

“The credit belongs to the man who is actually in the arena; whose face is marred by sweat and blood; who strives valiantly; who errs and comes short again and again because there is no effort without error and shortcoming; who knows the great enthusiasms, the great devotion, spends himself in a worthy cause; who at best knows in the end the triumph of high achievement; and who at worst, if he fails, at least fails while daring greatly, so that his place shall never be with those cold and timid souls who have never tasted victory or defeat.” ~ Theodore Roosevelt