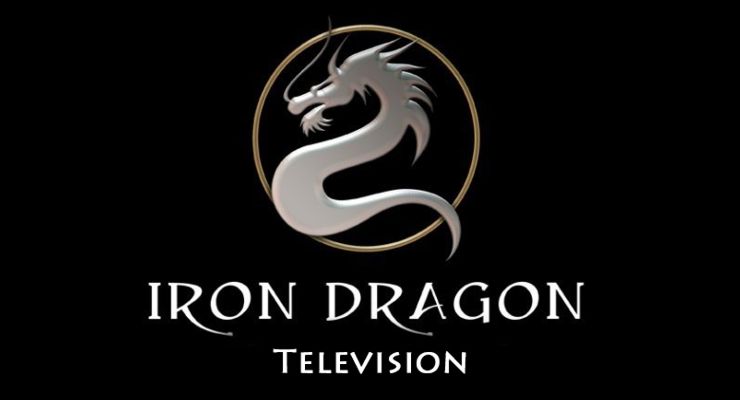 NanoTech Entertainment, a pioneer in bringing state-of-the-art television experiences to consumers, announced today that it has entered into an exclusive partnership with Iron Dragon Productions. The first release of the partnership will be the Iron Dragon TV channel scheduled to launch in September 2014. Iron Dragon TV will feature original content plus hundreds of classic action films including Martial Arts classics such as the IP Man series, The King of Fighters, Shaolin and 1911 staring Kung Fu legend Jackie Chan.

4K Studios, a NanoTech subsidiary, will use the NanoFlix IPTV/OTT technology to deliver the Iron Dragon TV channel on a variety of devices including Roku, SmartTVs, iOS phones and tablets, Android phones and tablets as well as desktop computers.

“Martial Arts is at an all-time high in popularity, thanks in part to the global success of the UFC,” said Janell Smith, founder of Iron Dragon Studios’ and martial arts expert. “NanoTech has a great track record and has been doing business with the Martial Arts community, allowing them to leverage their technical expertise to deliver the worlds’ greatest Martial Arts network. NanoTech’s state of the art technology will allow us to quickly launch this channel, making it available to millions of customers this year.”

“We are very excited about continuing to add new networks like Iron Dragon TV, leveraging our investment in technology and infrastructure,” said Aaron Taylor, NanoTech’s Executive Vice President of Sales & Marketing. “Janell and her team are bringing an awesome collection of content to this channel. In addition, we are already working on several other projects including bringing original Iron Dragon content in digital 4K Ultra HD to the UltraFlix™ network.”

Based in Austin, Texas, Iron Dragon Productions focuses on production and publication of Martial Arts-based content. Under the direction of founder Janell Smith, Iron Dragon’s team has secured development deals with the Ryan Seacrest Production company. Iron Dragon’s “The Next Dragon” won in the reality television category at the Producers Guild of America’s ProShow competition.

Headquartered in San Jose, CA NanoTech Entertainment is a technology company that focuses on all aspects of the entertainment industry. With six technology business units, focusing on 3D, Gaming, Media & IPTV, Mobile Apps, and Manufacturing, the company has a unique business model. The company has a diverse portfolio of products and technology. NanoTech Gaming Labs operates as a virtual manufacturer, developing its technology and games, and licensing them to third parties for manufacturing and distribution in order to keep its overhead extremely low and operations efficient in the new global manufacturing economy. NanoTech Media develops proprietary technology which it licenses to publishers for use in their products as well as creating and publishing unique content. NanoTech Media Technology includes the world’s first 4K Ultra HD streaming solution. NanoTech Communications develops and sells proprietary apps and technology in the Mobile and Consumer space. Clear Memories is the global leader in 3D ice carving and manufacturing technology. 4K Studios creates digital 4K Ultra HD content using both licensed materials as well as original productions. NanoTech is redefining the role of developers and manufacturers in the global market. More information about NanoTech Entertainment and its products can be found on the web at www.NTEK.com.

“Safe Harbor” Statement: This press release contains forward-looking statements, including expected industry patterns and other financial and business results that involve known and unknown risks, uncertainties and other factors that may cause our actual results, levels of activity, performance or achievements to differ materially from results expressed or implied by this press release. Such risk factors include, among others: the sustainability of recent growth rates of the company; the positioning of NanoTech Entertainment, Inc. in the market; ability to integrate both developed and acquired companies and technology; ability to retain key employees; ability to successfully market product offerings and customer acceptance of products; general market conditions, fluctuations in currency exchange rates, changes to systems and product strategy by vendors of systems; and whether NanoTech Entertainment, Inc. can successfully gain market share. Actual results may differ materially from those contained in the forward-looking statements in this press release. Since this information may contain statements that involve risk and uncertainties and are subject to change at any time, the company’s actual results may differ materially from expected results.