Home Who's Who Linda Bustamante 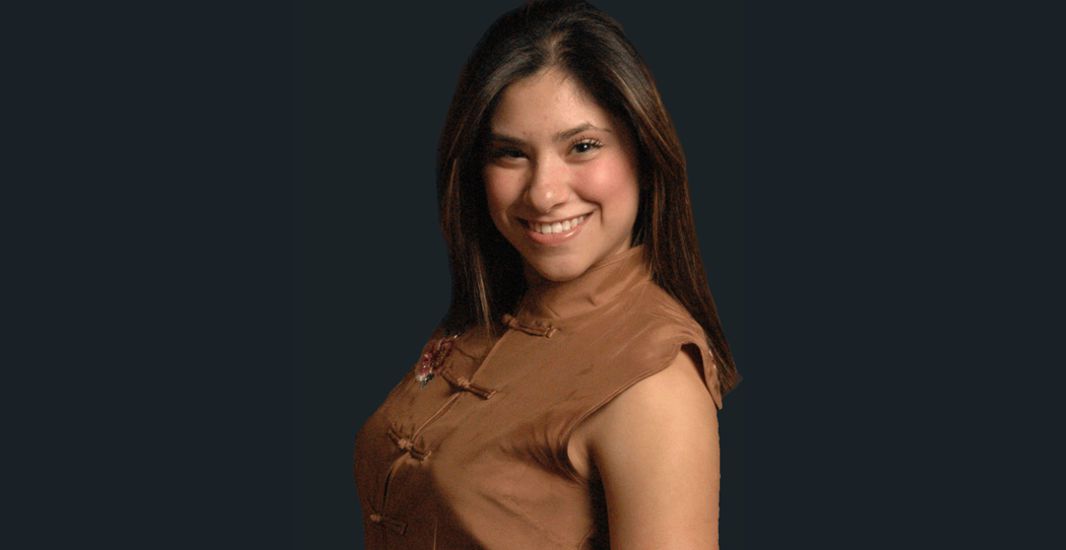 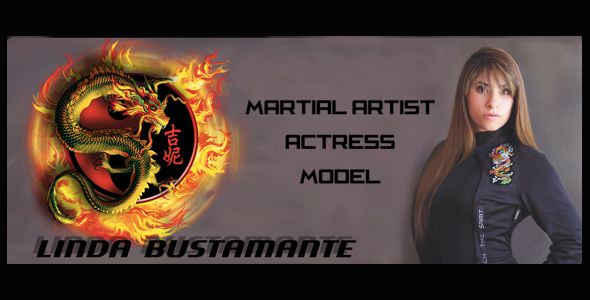 Linda Bustamante was born in the Year of the Dragon. She currently resides in Mission, Texas, but spent most of her youth and adulthood in Edinburg, Texas. She is a martial artist, actress, and model. She has been training in the martial arts since she was 8 years old. She has a 4th Degree Black Belt in Goju Ryu Japanese Karate, 1st degree black belt in Tae Kwon Do, and she is ranked in Wei Kuen Do and certified in Chi Fung. She is a South Texas champion in traditional, open-hand, musical, weapons, and team forms as well as a fighting champion and world champion. Linda left the tournament circuit on top to devote more time to her acting and martial arts for film.

When she was 16 years old, she auditioned in Hollywood, California for a martial arts reality show called, “Who Wants to be the Next Martial Arts Superstar.” She was fortunate to be chosen as one of the top 20 contestants for the show. The following day the cast shot the pilot for the intended reality show. Unfortunately, due to funds, the reality show did not go through.

This contest sparked a stronger drive for Linda to fulfill her dream of becoming an actress and incorporating her martial arts in the films she gets cast in. She came back home, focused on her school, worked harder on her acting and martial arts training. When she entered the university, she started getting cast in student films and local television shows.
​
In 2008, Linda auditioned for the lead role in a film called, The Red Queen. After four call backs, the Director David Carren notified her that she got cast for the lead role. She starred alongside veteran actor and valley native Valente Rodriguez best known for his role as “Ernie” on the George Lopez Show. Along with Valente Rodriguez, she starred with Estephania Lebaron from The Alamo and Harley Jane Kozak from Parenthood. Acting was not all Linda did in The Red Queen. She was also a stunt double for Estephania Lebaron, and she perform her own stunts. She also help choreograph the fight sequences, and incorporate her martial arts in the film. The Red Queen was entered into major film festivals, received many awards, and got distribution with Echelon Studios.

Linda also writes articles for www.worldblackbelt.com which is a martial arts website company founded by Bob Wall, Chuck Norris, Gene LeBell and 50 other of the world’s greatest martial artists. Thanks to her demo reel, movie trailer, and worldblackbelt articles, she was seen by a well known individual in the martial arts community, Leo Fong, best known for his innovative approach to the martial arts and close ties and friendship to the legendary Bruce Lee. In July 2009, Mr. Fong asked her to be a part of his film called, The Hard Way Heroes. After filming wrapped on The Hard Way Heroes, Mr. Fong talked to her about the next film project that he wanted to film in 2011 with her and in December 2011, she had the honor to work on her next film project with Leo Fong called, The Mute Executioner.

Throughout the years, she has been featured on national and international martial arts magazines. On the September/October 2010 Issue of International Magazine called, Tae Kwon Do Times, she was featured on the Killer Kicks Section and on December 2010, she was featured on a magazine that last featured Bob Wall and Chuck Norris called Martial Art World News as The Next Female Martial Arts Star. The following year on the March/April 2011 Issue of Tae Kwon Do Times, she was chosen to have a feature story titled Becoming a Star under the section titled Black Belt Beginnings and on December 2011, she became a martial arts model for the international magazine called, Kung Fu Tai Chi Magazine. Since January 2012 to currently, she has been featured on Kung Fu Tai Chi Magazine on their main ad campaigns showcasing their new apparel, weapons, sparring gear, shoes, karate gi’s, and exercise equipment.