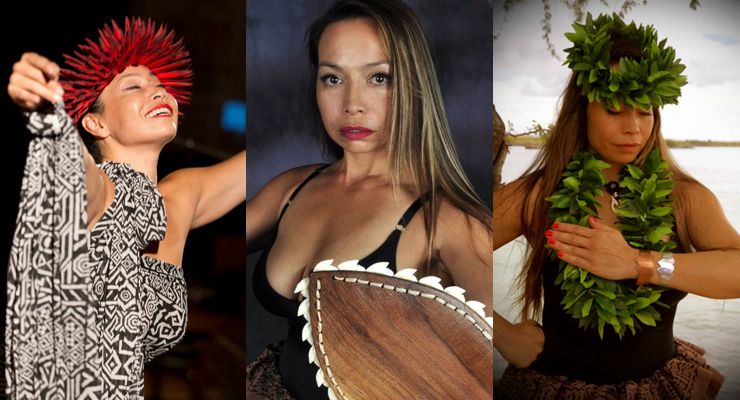 Michelle Manu doubles She-Hulk in the not for profit fan production of the cult classic, Shamelessly She-Hulk. Michelle comes in at the 2:43 minute mark.

Michelle Manu began studying hula at the age of 3 and martial arts at 9. She is a first generation Senior Black Belt under Olohe Solomon Kaihewalu, and the only woman instructor. She was also given the designation of Knight Commander by the Royal Order of Kamehameha I; the first woman in history to be knighted for her work in promoting, perpetuating, and preserving the Hawaiian combat art, Lua. She has been a competitive athlete, professional Polynesian dancer, and a model. Michelle is a relentless advocate, instructor, and author of women’s self-awareness and defense. She was a director for America in Defense (AID) where she led and taught pilots and flight attendants air cabin crew safety (close-quarter combat) as a result of September 11, 2001. Michelle also instructs self-awareness and defense for colleges, community programs, homeless shelters, and internationally through her Super Hero Experience (SHE) Program.

Michelle grew up in Southern California and also lived in Chicago for seven years. During her time in Chicago, she toured the Midwest as a professional Polynesian hula dancer. She began modeling as a bridal runway model at the age of 5 for The House of Brides. She is a modeling graduate of John Casablancas, John Robert Powers, and Barbizon, and was named Orange County Model of The Year (1986).

Michelle has had a successful 20+ year career in government (federal and municipality), public corporations, and private companies as a legal and business executive and specialist, crisis consultant and facilitative mediator. She has taught for a private Southern California college and has sat on several college boards as an academic advisory board member. She has earned a Juris Doctorate, Diploma in Leadership for Senior Executives from Harvard Business School, and an Associate Certificate in Project Management from George Washington University. She is a candidate for an MscD in Metaphyiscal Science (2017) and PhD in Philosophy (2020).