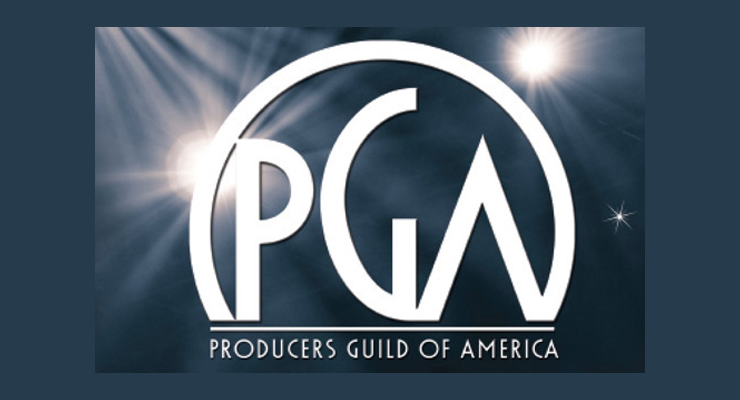 Producers Guild of America
The Producers Guild of America is the non-profit trade group that represents, protects and promotes the interests of all members of the producing team in film, television and new media. The PGA has over 6,500 members who work together to protect and improve their careers, the industry and community by facilitating members health benefits, encouraging enforcement of workplace labor laws, the creation of fair and impartial standards for the awarding of producing credits, as well as other education and advocacy efforts. The PGA hosts important industry events including the annual PGA Awards and the Produced By Conference.

Producers Guild of America Awards are considered a strong prognosticator for the Best Picture Oscar®, the announcement of the Guild’s Darryl F. Zanuck Producer of the Year Award in Theatrical Motion Pictures is one of the most eagerly-anticipated of the award season.

The list of recipients of honorary awards such as the Milestone Award, the David O. Selznick Achievement Award in Theatrical Motion Pictures and the Norman Lear Achievement Award in Television and the Vanguard Award read like a roster of the industry’s biggest names, including icons such as Steven Spielberg, Jerry Bruckheimer, Brian Grazer, J.J. Abrams, Steven Bochco, Clint Eastwood, Sherry Lansing, Robert Evans, Roger Corman and Lorne Michaels, extending back to such legends as Alfred Hitchcock, Walt Disney, Billy Wilder and Louis B. Mayer.

Held in January, the Producers Guild Awards is a must-attend event for the industry, and represents a unique chance for PGA members to extend their network, support their Guild, and pay tribute to the best of their profession. The 26th Annual Producers Guild Awards will be held at the Hyatt Regency Century Plaza Hotel.