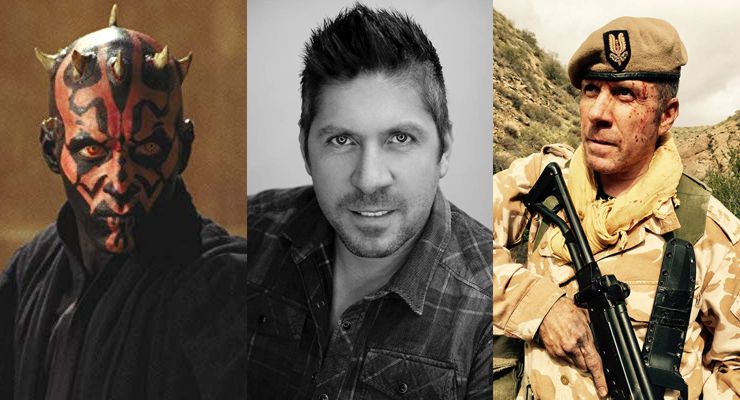 Actor and stuntman, Ray Park, was born in Glasgow, Scotland, UK on August 23, 1974. At the age of seven he moved with his parents, and younger brother and sister to London, England. Ray loved action movies and wanted to be like his heroes in the movies. At this time he also began to nurture a love for martial arts due to his father’s fondness for Bruce Lee films which sparked a fire in the youngster’s that would never be extinguished. Ray Park specialized in the traditional Chinese art of Northern Shaolin Kung-fu (Chin Woo style), and continued to master other styles as well, most notably Wushu.

Also at a young age, Ray worked by himself to learn gymnastics, but he felt that he was’nt able to reach a higher level this way so at fifteen, he found a school that was willing to allow him to practice and use the floor space. His gymnastic training improved his martial arts skills and he began to take seminars in coaching gymnastics. At nineteen he relocated to another gymnastic gym and became one of the coaches for the boys’ squad. He went on from there to take charge of coaching recreational gymnastics throughout schools in London. Ray’s boys squad won 1st in The London Youth Games for Hendon Gymnastics Club.

It was during one of his frequent visits to Malaysia that Ray was approached to audition for Mortal Kombat: Annihilation (1997). He became the martial arts advisor to one of the stunt coordinators for the film, and later landed the role of the Reptiles, Baraka, and became a stunt double for Rayden.

Remembering his youthful love of films and with his martial arts passion, Ray Park developed a passion for the process of filmmaking. Continuing to develop his skills, he become more natural on set, and he was soon contacted by stunt coordinator Nick Gillard to audition for George Lucas‘ prequel Star Wars: Episode I – The Phantom Menace (1999). Offered the job by producer Rick McCallum, George Lucas, impressed with Ray,  allowed him to use his creative freedom to develop his character’s choreography and his role.

Martial artist, Scottish actor and stuntman, Raymond Park is known for his role of Darth Maul in Star Wars, Toad in X-Men and Snake-Eyes in G.I. Joeand Edgar on Heroes (2009-2010).