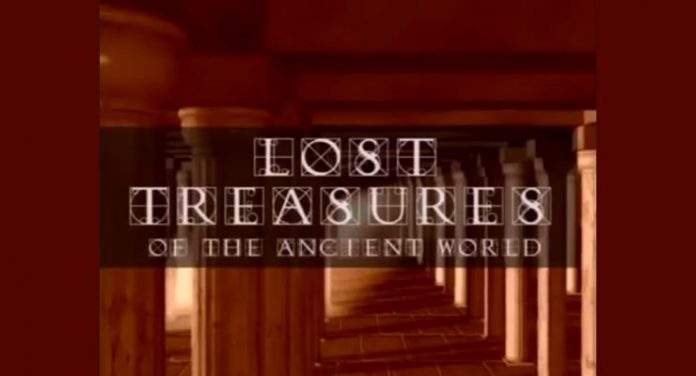 Samurai Japan features terrific graphic re-creations and animation, this episode of Lost Treasures reveals a traditional society, which, throughout the centuries, has been deeply concerned with balance, order and calm. Japan’s great monuments, pagodas and temples are the physical evidence of people steeped in the ways of Buddhism – a stark and fascinating contrast with the famous Samurai warriors and their noble Code of Bushido.

About the Series: The unique Lost Treasures Of The Ancient World series enables the ancient wonders of the world to be seen as never before… magically ‘restored’ to their former glory by 3D graphics and presented in a superb animated format. Our camera teams have traveled the world to gather spectacular new footage of ancient history’s greatest monuments and their surroundings, providing a fascinating link between the past and the present day. Features superb 3D graphics, State-of-the-art computer generated animation, all new location footage, and expert commentary and analyses.