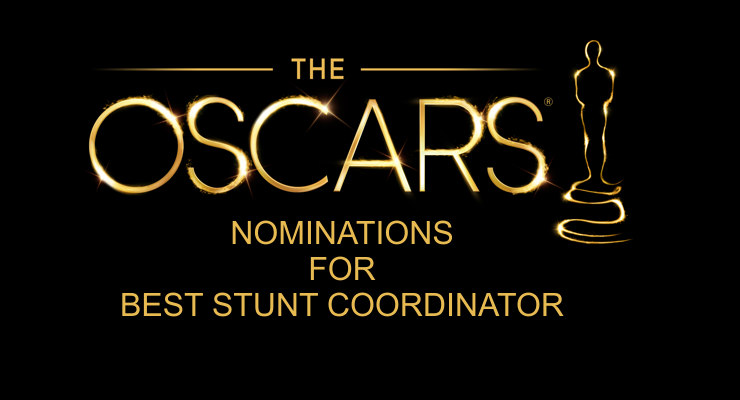 In 1927 The Academy of Motion Picture Arts and Sciences was created as a quality control for American Actors and Filmmakers. Since that time, Stunt Craft has evolved to the point where it needs an Oscar. Art and Science aside, creating a stunt Oscar is not just about recognizing stunt performers and stunt coordinators, it is about creating a means of quality control for the Action Movie Fans who are not getting the quality of action they pay for. ~ Action Academy

Update: Come join us on Wednesday, March 16, 2016 from 12pm-2pm to peacefully #StandUPforStunts in front of the Academy of Motion Picture Arts and Sciences Headquarters at 8949 Wilshire Blvd, Beverly Hills CA 90211.

We are using the power of our presence combined with the force of the media, to remind and ask the Academy’s Board Members to include the addition of a Stunt Coordinator Category in the discussion of ways to increase diversity within the Academy.

The Academy needs to increase diversity of ethnicity and include the recognition and representation of the artists from different departments whose artistic contribution are part of what makes our film experience great, specifically those in the Stunt Department.

On Wednesday, February 24, 2016, the stunt community will rally in front of the Academy of Motion Picture Arts and Sciences in Beverly Hills, California (8949 Wilshire Blvd, Beverly Hills CA 90211) in an effort to get a Stunt Coordinator Oscar Category. Along with the rally, protesters will also deliver an online petition already signed by over 47,000 supporters.

Action movies depend on action and the people who make that action deserve recognition. Movies like Furious 7 and Mad Max Fury Road and all other “action” films depend so completely on the action in the film. This action is coordinated by stunt professionals and it is the stunt professionals who put their lives on the line for that great shot. They all should have the opportunity to be honored, both as stunt coordinators and stunt performers.

“It is appalling that the Academy has gone on this long without acknowledging the stunt community. The days of thinking they are pulling the wool over the eyes of the audience by pretending that stunt professionals don’t exist are long gone,” says Dana Stamos, owner of Martial Arts Entertainment. “Members of the professional stunt community are stars in their own right and should be acknowledged and honored as such.”

“From the initial stages of designing sequences, rehearsing the action, and filming the finished product that becomes the iconic movie, the action movie would not exist without the vision of a stunt coordinator,” said Jack Gill, rally organizer and veteran stunt coordinator (Fast 5, Furious 7 and the upcoming Fast 8). “After 25 years of fighting for this cause, it’s time for the Academy to step up to the 21st century and create an Oscar category for the stunt coordinators who contribute such a large part to the filmmaking process.”

President of the Stuntmen’s Association of Motion Pictures and Emmy-winning stunt coordinator, Jeff Wolfe, said in a statement, “For almost 90 years, the Film Academy has blatantly discriminated against stunt people and their contribution to the medium we all love and literally bleed for. There are no color lines or gender lines here. Stuntwomen and stuntmen of all walks are affected by the disregard of their significant contribution to the films we watch. After all, what would most movies be without the action?”