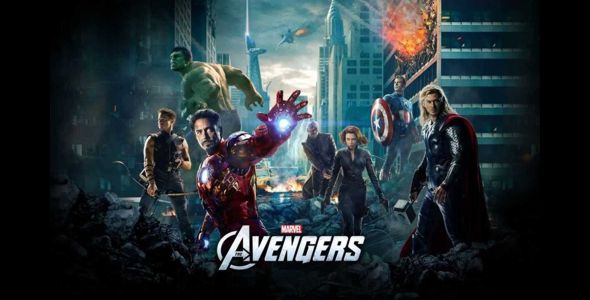 Stunts in The Avengers demand a blend of fighting styles

Daily Herald LOS ANGELES — The werewolf and vampire battles of “Twilight,” Jason Bourne’s super-agent skirmishes and the sword swinging of “Conan the Barbarian” were all just warm-ups for stunt master Jonathan Eusebio, who choreographed the superhero fight scenes in The Avengers with the passion of a lifelong comic book fan.

“I grew up as a fanboy,” said Eusebio, 38. “I grew up reading comics, collecting comics, so for me it’s a dream job. And to be part of something new, something that’s never been done before like this, it is really exciting. It’s almost like the highlight of my career.”

Eusebio taught Jeremy Renner how to wield Hawkeye’s bow and showed Scarlett Johansson the Black Widow’s wicked martial arts. In short, he helped give the stars and their stunt doubles their superpowers.

The actors spent months preparing for the physical demands of their roles and learning the techniques that make them lethal on screen, if not on the street.

They began with basic training to learn the body mechanics of various martial arts, then Eusebio built fight sequences based on each character’s attributes and actor’s strengths. He had a distinct advantage here: As a fight coordinator, he’d worked with many of the actors before, and as a fanboy, he knew the characters well.

“It becomes a part of you as you’re growing up,” he said.

He choreographs the fighting moves in The Avengers into a camera-ready routine, which the stars and their stunt doubles each master. Johansson, Renner and Chris Evans, who plays Captain America, compared the training process to learning a dance.

“It’s choreographed steps that are all put together in order for you to pack a punch and in order to make it safe and not as painful as it could be,” Johansson said. “You learn to kind of seamlessly become one with your double and with Jeremy (Renner)’s double and be able to fight one another interchangeably.

Renner said he spent more time preparing than in front of the camera.

“I only shot about 18 days, and when I wasn’t shooting I was in that stunt gym,” he said. “It was mostly (learning) that hand-to-hand stuff that you can’t (simulate by computer), and you can’t fake it.”

“(Captain America) doesn’t really have any training in any one particular style of fighting, so it wasn’t like I had to learn some certain type of martial arts for The Avengers,” he said. “You just have to learn the choreography like you would a dance, you know, punch here, step here. It’s just a lot of stunt training. It’s kind of fun. It’s kind of like summer camp.”

“One of the biggest challenges was learning the Wushu style of fighting, which is really intense and complicated and painful,” Johansson said. “You do all your rehearsals with a broom handle, and suddenly you have a 30-lb. alien gun in your hand.”

“All I had to do was learn how to grab the rifles and hold onto them and let the stunt guys do all the stuff and make it look like I was doing it to them,” he said.

For Smulders, “The Avengers” is her first action film, so the star of TV’s “How I Met Your Mother” did some extra training on the side: She hired a guy who trains SWAT teams.

“I was also very scared of guns coming into this,” Smulders said. “So I had him bring a bunch of his guns — unloaded — to my house and had him just break it down. … All these things that I just wanted to have in my body and wanted to be really comfortable with.”

Eusebio said he makes sure to remind the actors he works with that even though the stunt training instills confidence, the fighting skills they learn on set don’t really translate to the street.

“In screen fighting you want to look like you’re hurting them without hurting them. In self-defense on the street, you’re there to maim or hurt someone,” he said.

But screen or street, it’s still clear to the fight coordinator who would win if the Marvel superheroes were to really go at it.

“I’m going strictly by the comics,” Eusebio said. “Of course Hulk is the strongest, but overall Captain America is supposed to be the best fighter.”

“I’ve got to say, I think Scarlett’s fight scenes are some of the most impressive,” he said. “All of us, we had wires and magical weapons and other advantages that she doesn’t, but she holds her own in the film. She’d probably beat the hell out of all of us.”