Home Who's Who The Hollywood Dream: An Interview with Jean Claude Van Damme 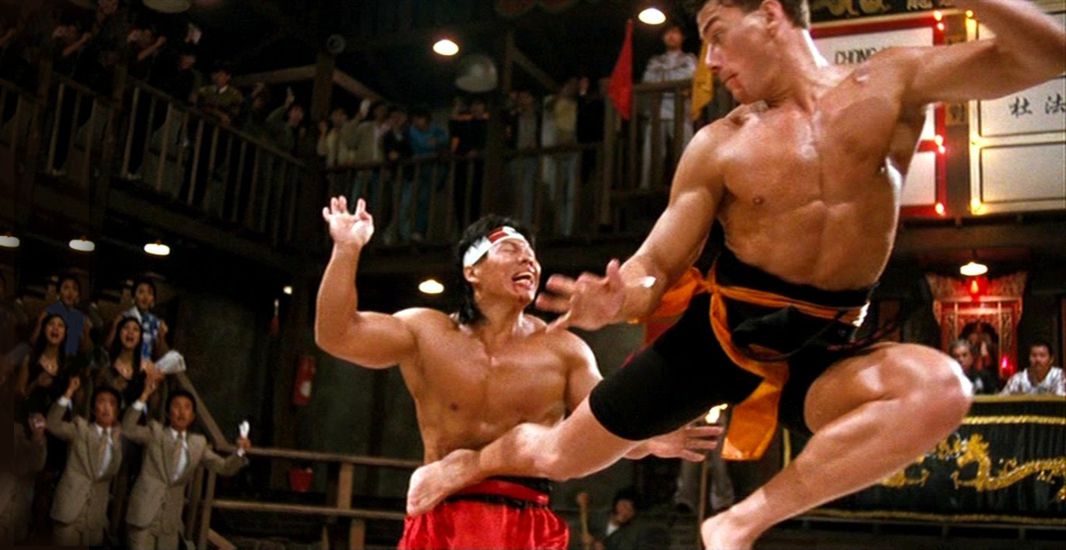 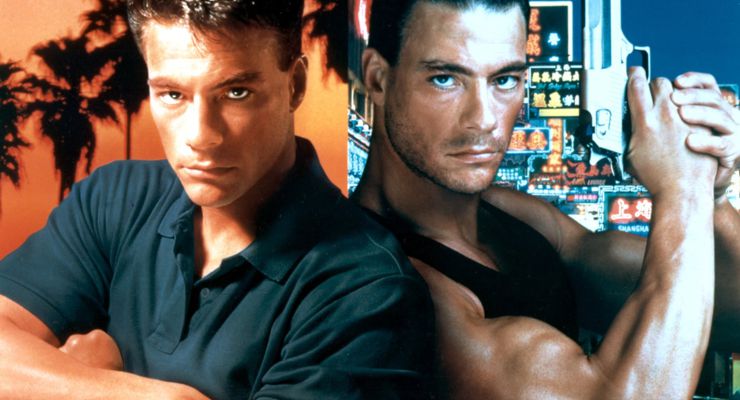 Almost as elusive as the fountain of youth is the “Hollywood Dream” of becoming the next Jean Claude Van Damme.

Sitting here in my studio in Hollywood, California I have just finished talking to another young man who has moved from Edinborough, Scotland to Hollywood where he is in pursuit of his lifetime goal of becoming a action martial arts superstar. “I have taken Tae Kwon Do for about 3 years and I can do a full splits,” he says. He is a pretty good looking guy but he is the fourth one this week.

This sparked me to talk to my good friend Jean Claude Van Damme and ask him how someone realizes the Hollywood Dream like he was able to.

DW – How did you make it to the top of the action martial arts superstars?

JCVD – Well when I decided to go for it, I was running my karate school and weight gym in Brussels in 1983 and I decided that it was time for me to put into action all the philosophy, confidence and faith I had in myself that I had learned through training in the dojo. In a dojo, as you well know, you will never become any good unless you believe in yourself. The obvious next most important thing you need is something that many young people nowadays just do not have and that is discipline and what I call a never give up attitude. 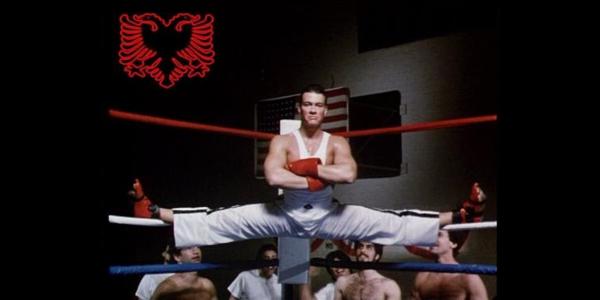 DW – Can you elaborate on this for me?

JCVD -If when you’re fighting and you get hit and you go down, you better get up or you’re in trouble, right? Well if anyone thinks that they are going to make it here in Hollywood without facing problems they are fooling themselves. After all if it was easy everyone would do it, wouldn’t they?

I think that in Judo they have a great saying I always remembered from when I was in Belgium. “If you fall down seven times get up eight.” This is perfect if you want to make it here in Hollywood. I think it was Jigaro Kano who said that.

DW – Is there anything else that you would suggest to those young martial artists who want to take over your spot? 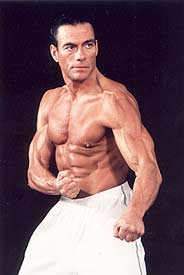 JCVD – Well I better be careful of what I say, because some of them just might do it. Then I would be out of a job. No, I am just kidding, if I can make a suggestion that will help someone, I would be very happy.

If I wanted to be a martial arts superstar in Hollywood today I would try to determine the common denominator that has allowed others to reach the top.

For example, the number one martial arts superstar of all time was Bruce Lee. When I look back at him, I tried to model myself after him in so many ways. I would suggest to a “Hollywood want to be,” do the same. The first thing you must do is to be in absolutely perfect physical condition. This means you must really watch your diet and you must also train weights so that you look lean and cut as much as possible. Take a look at Bruce’s photos or him in “Enter The Dragon” and you will see how cut he was. His total body fat had to be about 4 percent. He was real lean and in great shape. I did exactly the same thing. I still train hard, and before I go into a picture I increase my training and really watch my diet.

The other thing is that you must have clean technique. It is not enough just to be a good fighter. You must be able to throw a roundhouse kick that will look great on camera, and this, as we all know, comes from hours and hours of training in the dojo whether it be on a bag or in the air.

The last thing I would suggest technically is that you must really work on your stretching and overall flexibility. You never know what you may have to do on a set, and the best way to prevent injury is to be flexible so that you do not pull muscles. If you get hurt and cannot perform, this could mean $100,000 easily depending on how severe the injury is.

DW – What other pointers can you give to martial arts students who are considering a career in Hollywood?

JCVD – Well I would say to them, “you better be able to take rejection and you better be ready to jump when the opportunity presents itself.” For example, I first got my big break in a movie being made by Canon Films. They had some one else doing the lead in “Kickboxer,” and Menachon Golan, the President of Canon, wasn’t happy with the way it was coming out. I begged him to give me a chance, and he did. So don’t be afraid to speak up; you never know when you will get another chance. Just imagine if I had not spoken up.

With regard to rejection, it sometimes seems that for every step you take forward, you take two back. But then all of a sudden something clicks and believe me, there is no greater surge of energy in the world than when it clicks and everything seems to work perfectly. The ups and the downs here in Hollywood are amazing. One day it seems that everything you do turns to gold, so to speak, and then the next day no one wants to know you. Then when you make a come back, they are your best friends again. It just makes me laugh sometimes at how fickle these people are. But I guess it is, as they say, the nature of the beast.

DW – Is there anything else you can say that might help them out?

JCVD – The last thing is that they should realize “the big three.” as I call them. You must be in the right spot. In other words if you are a good looking young lady and a good looking young lady is needed for a part here in Hollywood and she lives in Caracas, Venezuela, well the chances of her becoming discovered is almost impossible. You must be right here in Hollywood day in and day out if you are serious about acting as a career. 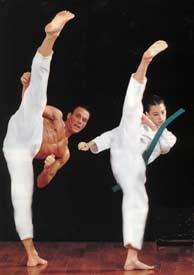 Van Damme teaches the fine points of a high roundhouse kick to his son.

The second point is that you must know the right people. Again, you can only make it if you get a chance, and you are only going to meet the people who can really help your career here in Hollywood. The last point is that your timing must be perfect, and chance has a lot to do with it. You must be in the right place at the right time. It could be as simple as waiting tables in a restaurant or working in a dead end job, and all of a sudden a producer or director walks in and sees you and he is working on a project and you are perfect for it. Well you just got lucky and that is exactly how it works.

DW – That is it, nothing more than this?

JCVD – That is it, but remember — you better have all the other pieces of the puzzle in place at the same time. It will really help if you study acting and if you study movie making. Learn all aspects of it, not just the acting side of it. In other words, if and when you are lucky enough to get on a set and help out, don’t waste this valuable time. Learn as much as you can from everyone — the lighting guys, the camera men, and anybody who will teach you anything. Become a sponge and absorb all the information you can.

DW – Is there anything you can say in summary, Jean Claude, that just might help some young people out?

JCVD – Well remember that there are an estimated 300 people every week moving to Hollywood to try and make it in the movie business. If they are lucky, maybe one in 5,000 reach some level of success. But as martial artists, your readers have a better chance than others because we, as martial artists, understand that we can never give up under any condition. Someone has to become the next martial arts superstar, so why not one of the people who read this article? I am living proof that you can make. I am just another karate guy who had a dream. The difference between me and others who had the same dream was that I was and still am unable to understand the meaning of the word quit or give up. I will not quit. They would have to kill me before I ever give up on anything I believe in. This is the code of the samurai, at least the way I understand it. So tell your readers to never give up and to follow their dreams.

DW – What is next for you in Hollywood?

JCVD – I have just finished two movies. One is called “THE ORDER,” and the other is called “THE REPLICANT.” Now I am doing another one called “DE – RAILED,” which I am shooting in Bulgaria for Nu Image, a great company here in town. It is really appropriate at this time after 9/11 in New York, as it is a story about terrorism and a train with biochemical warfare. But the one I am really excited about doing is a movie called “THE MONK,” which is a total martial arts film directed by an excellent director, Ringo Lam. The other project that I am going to do, and I am counting on your input to make these the best, is a series of video tapes on karate combining technique and practical advice with martial arts philosophy. I personally think this is an excellent idea as I am always being asked if I have any videos on kicking or stretching….. So we will make them and hopefully they will act as a supplement to instructors and improve the student’s skills as well as give them a Budo philosophy.

DW – Thanks very much, Jean Claude, for this very inspirational interview. And yes, you can count on me to help you make these videos the best they can possibly be.

JCVD – Thank you, but it wasn’t meant to be inspirational. This is the absolute 100% truth.