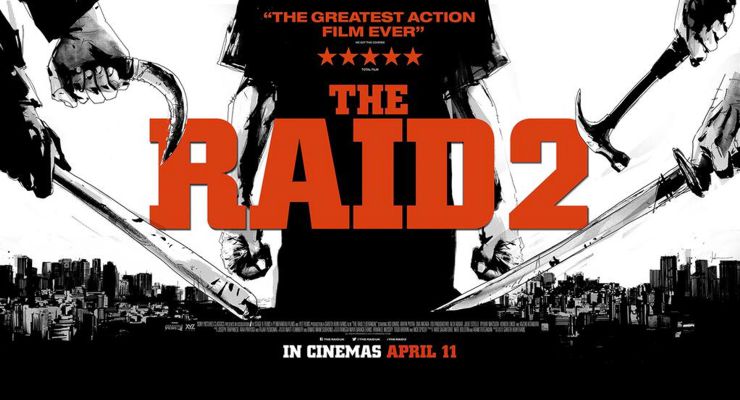 The Raid 2 Berandal it is the sequel to the 2012 hit The Raid: Redemption and was announced in 2011. The film was released on March 28, 2014. Iko Uwais reprises his role as Rama. The film also stars Arifin Putra, Julie Estelle, Alex Abbad, Tio Pakusadewo, Oka Antara, and Cecep A. Rahman. The film also featured Japanese actors such as Ryuhei Matsuda,Kenichi Endo, and Kazuki Kitamura. Gareth Evans is a Welsh film director from Hirwaun, Cynon Valley in South Wales, who is currently based in Indonesia. He is best known for bringing the Indonesian martial art, pencak silat, into world cinema, in his films: Merantau, The Raid (which was featured in the Sundance Festival in 2012), and The Raid 2.

Plot: The Raid 2 Berandal, takes place a short time after the first raid, and Rama goes undercover with the thugs of Jakarta and plans to bring down the syndicate and uncover the corruption within his police force.