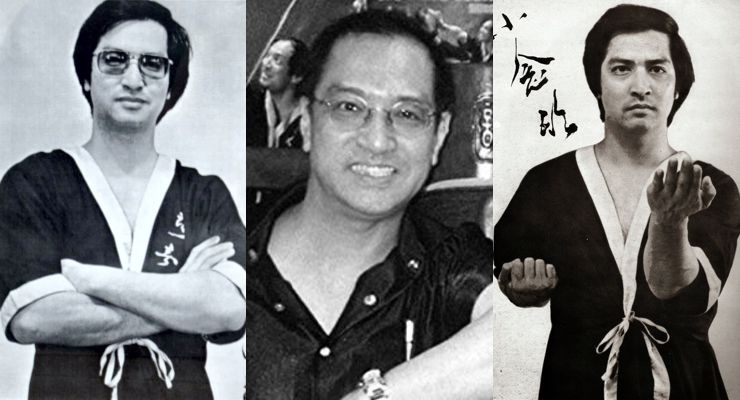 Professor Leung Ting, is the Grandmaster and Golden Rank Founder of the International WingTsun Association. He is also a recognized scholar with a Bachelor of Arts in Chinese and English Literatures and a Doctor of Philosophy as well. In addition to these achievements, he was honored with the title “Guest Professor of Combat Arts” of the National Sport of Bulgaria in 1997.

Leung Ting is a WingTsun (style of kung fu) enthusiast who began learning the style at the young age of 13. By the age of 20, he was accepted by Great Grandmaster Yip Man (who was also the teacher of Bruce Lee) and became Yip’s “Closed-door Student” (the chosen student after Yip’s retirement). Leung Ting devoted his lifetime energy in promoting and teaching WingTsun kung fu.

His success in his coaching career as a WingTsun instructor has earned him unprecedented fame in the martial arts circles. As early as in the seventies, he was commonly known as the “Kungfu Instructor of Millions of Students”, a title granted to him by the press in Hong Kong for having the largest number of followers. In the west, he was entitled by a number of media as the “WingTsun King” and “Genghis Khan of the Chinese Martial Arts Community”.

The WingTsun kung fu system is practiced worldwide by hundreds of thousands of martial-arts practitioners; many of those were already martial arts instructors themselves before they took on WingTsun. These include instructors of the army and special security forces in a number of countries, such as the FBI and Marine Corps of the USA, SEK & GSG9 of Germany, GIP of Luxembourg, RAID of France, NOCS of Italy, Anti-Terrorist Squad of India, Special Police units of Belgium, Austria, Spain, Egypt, to name just a few. A good number of these practitioners are experts from other martial art schools. Some of them are instructors holding high Dan (rank), while others have won titles as National Champions, runner-ups, and even World Champions in various international martial arts tournaments.

Leung was also a kung fu film technical director as well as a movie director. Since 1976, he had designed and directed a number of movies and kungfu TV series. During the seventies and eighties, he produced two continuous kungfu series for the Rediffusion Television in Hong Kong: “Real Kung Fu” (24 episodes) and “The Tricky Kung Fu Comedies” (12 episodes), which were the first TV program transforming kung fu actions into a comedy.

In 1977, the top Chinese film director of the Shaw Brothers Film Production Company, Mr. Chang Cheh, invited him to be the Chief Technical Director, kung fu choreographer and martial art consultant in the production of his martial arts films. In the three years that followed, Leung cooperated with Chang in making some of the most iconic cult classics of the kung fu genre such as “the Five Deadly Venoms”, “Chinatown Kid”, “The Paradise, the Hell & the Earth”, “The Door of Life & Death”, “The Condor-Hunters”, “Invincible Shaolin” and “The 10 Tigers of Guangdong”, “The 18 Jade Arhdats of Shaolin”. He had also directed “Shaolin & Wing Chun”, “The Shaolin 5-Animal Form” etc. for some other independent film companies. (Translation of the titles of the films may be different from the original translation.

During 1998 and 1999, he took part in the making of two films in Hong Kong: “The Mad, Mad, Mad Kung Fu World” and “The Personages, The Real Ghosts and the Truth of the Religious Swindler”, in which he acted both as the script-writer, director, as well as performed a guest role in the films.

Recently, Prof. Leung Ting is planning to produce a 30-episode kung fu series entitled as “The King of WingTsun”, a dramatic kung fu story on the story of Dr. Leung Jan, the King of Wing Tsun Kungfu in the Ching Dynasty. As well, he is also writing a script on a great Movie about the “King of WingTsun”. Both these two projects depend on the decision of the investors.

He can also be seen in the documentary Chop Socky: Cinema Hong Kong (2004) produced by the Discovery Channel and distributed by the Independent Film Channel (IFC).