Gina Carano is the face of women’s MMA paving the way for Ronda Rousey and Amanda Nunes, which launched her into a successful Hollywood action star career, most recently as a series regular in the hit show “The Mandalorian”.

Gina was politically outspoken in 2020 which caused the hashtag “FireGinaCarano” to trend repeatedly and last week Disney did just that. She has been removed from “The Mandalorian”, she has been dropped by her talent agency, as well as by the rest of the team representing her. She joins us today to walk through the tumultuous relationship with her employers at Disney over the last year. Plus, why Gina was convinced she couldn’t buckle under the pressures of being cancelled and details on Gina’s feature film being produced with The Daily Wire.

From pioneering women’s MMA to blazing a trail in movies, GINA CARANO is one of Hollywood’s most unique rising stars. Carano began her training with Muay Thai to competitive MMA, where she competed in Strikeforce and EliteXC. Her popularity led to her being called the “Face of Women’s MMA” and she was the fastest-rising search on Google and third-most-searched person on Yahoo and ranked 5th on a list of the “Top 10 Influential Women” of 2008. In August 2009, Carano fought Cris Cyborg in Strikeforce: Carano vs. Cyborg, the first time two women headlined a major MMA event and at the time was the highest rated fight in Showtime history. Carano compiled a competitive record of 12-1-1 in Muay Thai and a 7-1 in women’s MMA.[4]

Outside the ring, Carano served as a mentor to aspiring fighters in the 2007 Oxygen reality series Fight Girls and performed as ‘Crush’ in the revamped television series American Gladiators before her breakout performance in Steven Soderbergh’s film HAYWIRE, holding her own against the likes of Michael Douglas, Michael Fassbender, Channing Tatum, Bill Paxton and Antonio Banderas. Gina’s authenticity to making the Action look real earned her performance a Critics Choice Award Nomination for Best Actress in an action film. Hot on the heels came a role in the worldwide hit FAST AND FURIOUS 6 for Universal Pictures opposite Dwayne Johnson furthering her appeal as an Action Star. Next up, she co-starred alongside Robert DeNiro, Jeffrey Dean Morgan and Dave Bautista in Lionsgate’s film HEIST followed by the role of ‘Angel Dust’ in the smash hit MARVEL/FOX film DEADPOOL opposite Ryan Reynolds based on the popular comic book. The film grossed over $870 Million dollars at the Box Office. After starring in the independent films DAUGHTER OF THE WOLF opposite Richard Dreyfuss and the dark comedy MADNESS IN THE METHOD with Jason Mewes and Kevin Smith, Gina secured a lead role in Jon Favreau’s highly reviewed Star Wars TV show THE MANDALORIAN for Disney +. Currently in production, Gina plays ‘Cara Dune’, a former Rebel Shock Trooper and has worked with directors such as Taika Waititi, Deborah Chow and Bryce Dallas Howard on the series.

Carano was born in Dallas, Texas, the daughter of Dana Joy (née Cason) and professional football player Glenn Carano who played for the Dallas Cowboys and was the backup quarterback to Roger Staubach. She has two sisters, one older and one younger.

*Gina became the first recipient of ActionFest’s Chuck Norris (Best Female Action Star) Award, given to the female action star of the year.

*Gina received the Artemis Action Warrior Award for her contributions to the female action genre and women’s MMA. The award was presented to her by Action legend Zoe Bell 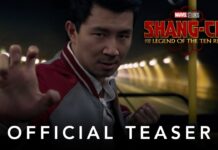