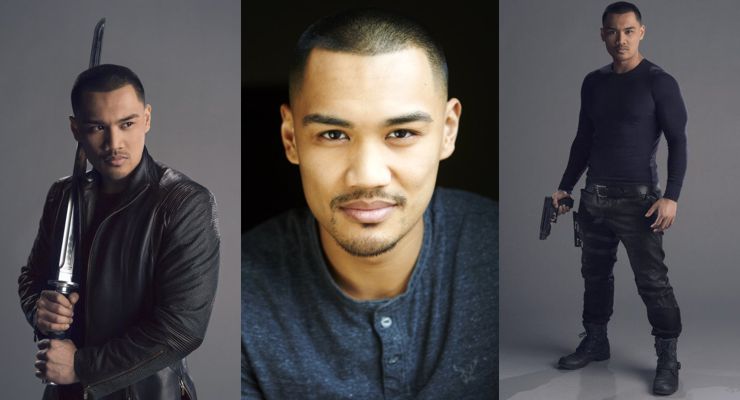 Alex Mallari Jr. is a martial artist and actor. He was born in the Philippines and raised in Scarborough, Canada Alex Mallari Jr.  As a youngster he learned that hard work and dedication pays off and he became a national success in both Tae Kwon Do and competitive basketball.

During his last year in high school his basketball career came to a halt due to an injury. He then decided to attend the Criminology program at the University of Toronto with the intent of becoming an attorney, but this journey was short lived. It was during his time at the university that he decided to become an “action star,” a dream he’d had since he was a child.

With no knowledge of the entertainment industry, Alex dove in head first and, inevitably, he hit some bumps along the way, but his determination paid off and he got the role of Hiro in Steven Seagal’s True Justice (2010-2011) and since he has worked in  Robocop, The Strain, Nikita, Beauty & The Beast, and many other prime-time television shows. Alex played an EMT in Pay the Ghost (2015).

Alex’s most memorable role was as Four, aka Ryo Tetsudo, a strong and stoic warrior, on SyFy’s hit series Dark Matter. As a martial artist, he is well versed in hand to hand combat, but he had never worked with weapons. A quick study and a perfectionist, he was able to pick up a weapon and use it correctly in  a matter of minutes.