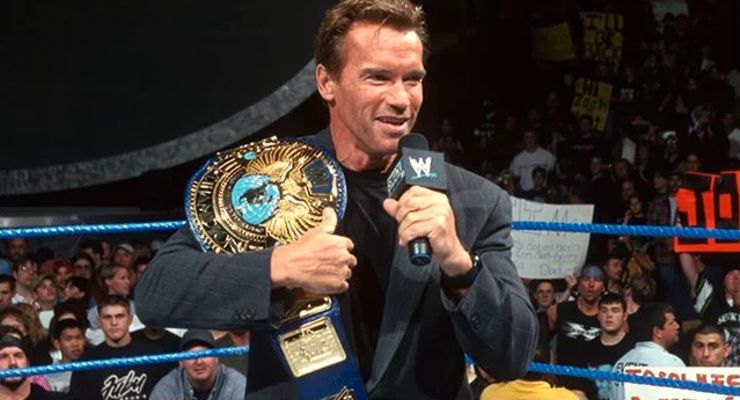 Movie Star and former Governor of California, Arnold Schwarzenegger, frequently appeared on WWE, and now they are inducting him into the WWE Hall of Fame 2015 for his contributions to wrestling.

The hour-long special highlighting the induction ceremony will air on USA Network March 30, 2015 at 11 p.m. Joining Schwarzenegger in the Class of 2015 are “Macho Man” Randy Savage, The Bushwhackers,Alundra Blayze and Rikishi.

The induction ceremony will take place on March 28, 2015 at the SAP Center in San Jose, California. One hundred and ninety wrestlers and celebrities have already been inducted into the WWE Hall of Fame, including Mike Tyson, Hulk Hogan, Ric Flair, Lita, “Stone Cold” Steve Austin, Trish Stratus, and Donald Trump.