Master Barry Cook teaches in the peaceful rural village of Much Hoolein Preston, Lancashire where he formulated his Martial Arts system of Cheongye Kwan. His career began at the age of 9, where he started his training with Judo, which after 3 years changed to Ju-Jitsu. 4 years later he left Ju-Jitsu and began Shotokan Karate. 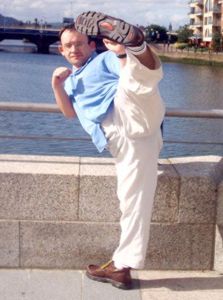 As most people did, he attended many Seminars and courses with high-ranking Masters over those early years and also competed in several Tournaments, but his heart was always in the Philosophical and Traditional aspects of the arts and then in 1990 Master Cook joined WTF Taekwondo and as a result left Karate after 4 years to focus on the art that would lead to the foundations of his lifelong study.

In 2003 after 13 years in Taekwondo, Master Cook opened his own school and developed his unique system of Martial Arts training, that was a culmination of several Korean Martial Arts methods and his own Martial Arts training. His mission was to provide a top level, systematic, scientific and dynamic Martial Art that everyone could practice. Classes began in a local Church Hall with a mere 5 students, and has now grown to become an exceptional Martial Arts and Learning Institute in the Much Hoole area with a range of dedicated and motivated members.

Master Cook has had training in many Martial Arts over his 33 years of education, which most recently includes: Brazilian Ju-Jitsu and Wing Chun Kung Fu, he is also a successful National level Taekwondo Coach who has won many commendations and accolades. However, his proudest accomplishment is the CKDI curriculum and system which embodies all his lifetime of training, experience and knowledge. He formulated and developed the system from 2005 until its launch in 2007, and now 5 years on, the system has gone from strength to strength and Master Cook now looks forward to producing the future generations of Black Belts and Masters who will carry the Cheongye Kwan torch forwards into the future. 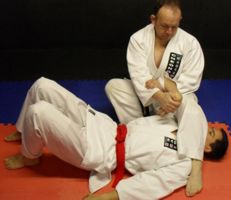 Master Cook is also a published author and now visits the United States of America each year, training, gaining qualifications and studying Martial Arts theory and history, as well as being part of a high level Masters forum, including training and developing with many of Hollywood’s outstanding Martial Arts Actors, Directors and Stunt Choreographers. 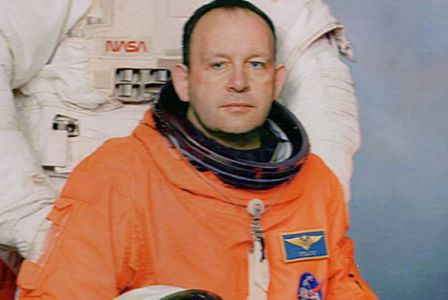 Although Barry is from Great Britain, he spends much of his time training and working on his performance skills with his Martial Arts celebrity actor friends who include Phillip and Simon Rhee, The Machado Brothers, Rorion Gracie, Dan Inosanto, Don the Dragon Wilson, Bill Superfoot Wallace and many more.

Barry is a registered Actor/Stuntman with the following companies: