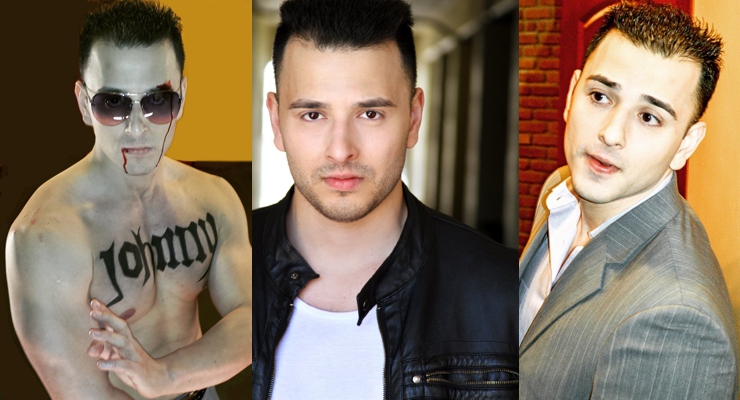 Martial Artist Basil “The White Dragon” Masters, is a talented martial artist and actor. He has won countless martial arts tournaments and championships in Full Contact Karate, Kung Fu, Taekwondo, Kickboxing and Mix Martial Arts in many different parts of the world. Mr. Masters holds a 3rd degree Black Belt in traditional Karate, a 1st degree Black Belt in Tae Kwon Do, a 1st degree sash in Kung Fu and he has trained in numerous other styles including Ninjutsu. He has multiple weapons training, stunt training and more. He also competed in an amateur Bodybuilding competition in September 2011, taking home 6th place for the 205lbs lightwheavy weight division. Today he trains and teaches traditional martial arts as well as mixed martial arts, (MMA).

Basil Masters graduated with a Bachelor’s Degree in the field of Communication Studies from California State University Los Angeles.

He is a member of Sag-Aftra and with IMDB credits. Masters has written/produced/directed/starred and fight-choreographed in two short martial arts action films based on famous video games. The first is Metal Gear Blood Brothers, and the second is Bare Knuckle Streets Of Rage. Currently, he is writing the sequal to his second film, Bare Knuckle Streets of Rage 2. In addition, he has worked in a feature film called Tragedy of A Mother and Son as well as several diverse short films that express his versatility as an actor. Over the past 6 years, Basil Masters has focused extensively on his acting skills which included completing an acting course with one of Los Angeles’ veteran acting coaches – Sirtoni, as well as scene studying, cold reading, character development and improvisations. He also has International marketing experience and has fashion modeling experience in Dubai, U.A.E.

“No matter how many troubles and calamities bestow upon one throughout his life; the one with the dragon’s soul will always prevail” Basil” The White Dragon” Masters.