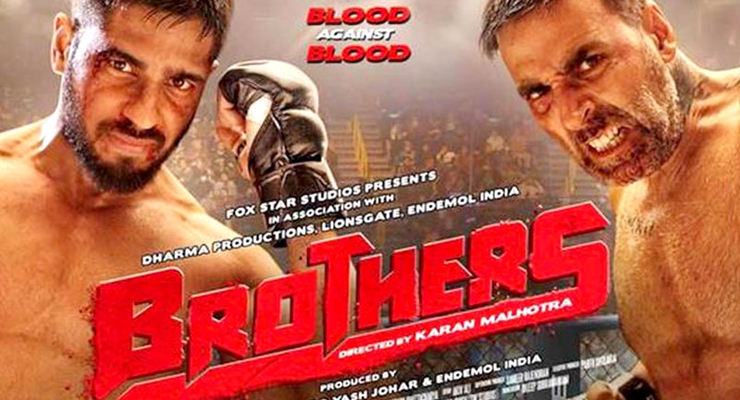 In Brothers (2015), two estranged street-fighting brothers, David Fernandes (Akshay Kumar) and Monty Fernandes (Sidharth Malhotra) square off against one another other in a mixed martial arts tournament. Brothers (2015) revolves around the brothers relationship.