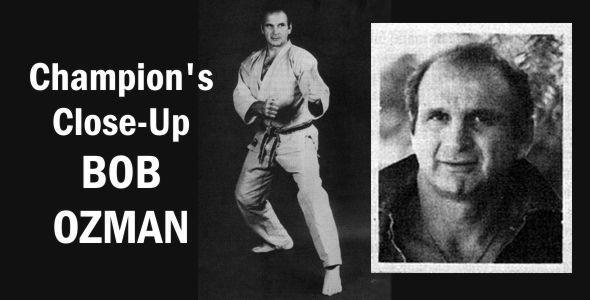 Some call him a master, a title he humbly refuses to accept. However, it’s indisputable that Bob Ozman has gained a respect and recognition in his more than three decades of martial arts involvement as one of the true pioneers of traditional instruction in the U.S. His uncompromising methods of teaching Isshin-ryu (on Okinawan system), and his unwillingness to yield to pressures to corrupt the style, has given rise to ozman-ryu, a controversial move to disassociate himself from other “so-called” Isshin-ryu schools. Many remember (but may not recognize) Ozmon in his off-beat role as the half-man, half-bull creature in the movie The Island of Doctor Moreau. 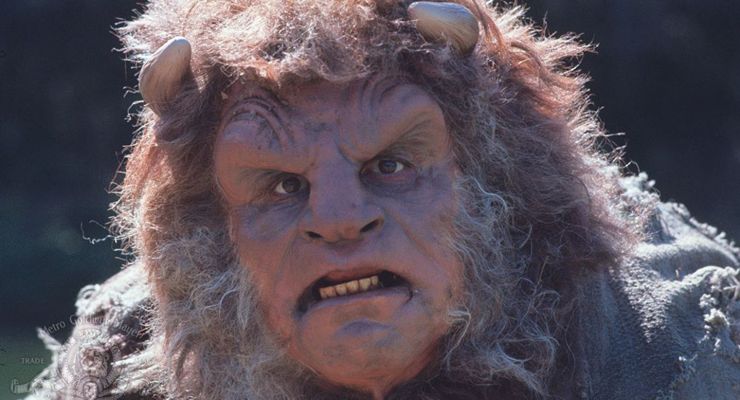 In that film he used his karate skills to stage empty-hand combat with a 500-pound Bengal tiger. Since then, Bob’s film and TV credits have increased to include Goldie and the Boxer. The Jane Mansfield Story and Pennies From Heaven. He has just completed a TV pilot entitled Partners und has other projects in the works. Although the lure of Hollywood is strong, Ozman has not lost sight of his martial arts roots. He is a karate instructor to many other actors. Some notables who head this list are Rick Moses of General Hospital, Sonny Shyrer from Enos, and William Katt, better known as The Greatest American Hero.

Free-lance writer Gordon Richiusa met with Ozmsn at his Los Angeles dojo and filed this report: “At sixfoot- one and 180 pounds the first impression one gets from Ozman is that he looks like a street thug. His tiny waist swells into a huge torso peaking with massive shoulders. And yet, beneath thot ominous exterior I found a gentle and philosophicsl man who is able to verbalize his thoughts with uncanny clarity. Since he is both an actor and martial artist, his dual careers seemed to be a natural point of departure for our conversation.”

FS: You seem to be getting more involved in acting lately. Do you consider yourself more an actor, now, than a martial artist?

OZMAN: No. And I don’t think that moment could ever come in my life. Karate is something that translates into everything I do. Although I don’t work out with the same intensity that I used to, I think I’ve reached a certain level of competence where I reap other kinds of benefits from karate besides physical. I’m still progressing in the field of acting, so I have to work harder at it. Someday I hope, to reach a harmony between the two.

FS: That sounds rather philosophical. Do you think other martial arts actors strive for that kind of harmony?

OZMAN: I would hope so, and I’d guess that would be the case. However, I could say that any art, if practiced with the same intensity that you should show to karate study, can give you the same benefits. That’s the essence of Zen. It’s a matter of enlightenment. It’s an understanding of yourself that you gain whenever you devote your attention to any one thing. Artists, it’s been my experience, are that kind of people.

FS: You teach many actors. Do you find them to be good students?

OZMAN: For the most part, but this is a crazy business. Sometimes you’re so busy that you don’t have the time you need to devote to your karate training.

FS: Do you have a personal goal to make one special film where your two skills can be harmoniously combined?

OZMAN: Of course, and in fact, I’m working on a project right now with two of my favorite students that will, hopefully, help me to accomplish that. It’s a pilot film, and without giving away too much, we tried to draw a balance between suspense and comedy, between action and sophistication.

FS: Do you think that martial arts films today, on the whole, strive for that balance?

OZMAN: Not really. The main thing is action. In my opinion there are too many fight scenes. It seems like you have to find an excuse for dialogue.

FS: Do you have a favorite martial arts film?

OZMAN: A film that is considered strictly a martial arts film that was good is Enter the Dragon. It had some really excellent scenes and there was a story. But, the best martial arts films, in my perception, were Bad Day at Black Rock, which starred Spencer Tracy and Ernest Borgnine, and a more recent classic, The Manchurian Candidate. Most people wouldn’t consider these martial arts films, and that’s why they are my favorites. They had the most beautifully choreographed fight scenes ever. And, yet, the fights’ main purpose was to keep the story going. 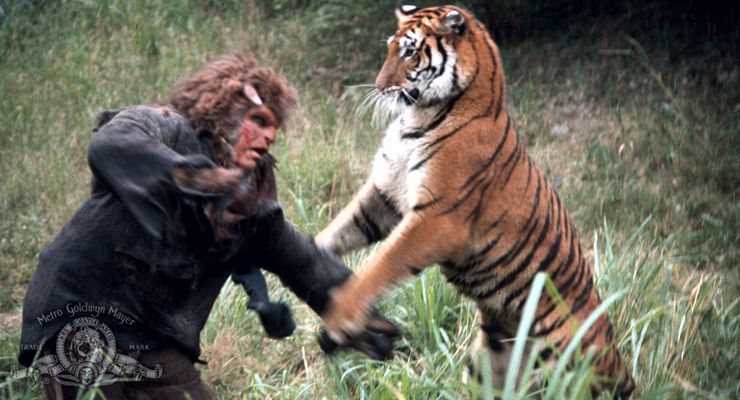 FS: Are there other ways that you’ve used your karate skills in films or TV?

OZMAN: Yes, of course. I’ve done simple martial arts kinds of things. But, as an example of what I said earlier, it was during the shooting of The Island of Doctor Moreau that my karate training truly became useful to me. Because I’d learned a few things about balance, eye contact and the importance of not showing fear, I was able to work with the big cats more effectively. It made me feel good when I knew that what I was doing, how I was controlling the tiger’s actions, would save or even make a shot.

FS: How did you control the tiger?

OZMAN: Well, it wasn’t really a physical control. A human being can’t compete with that kind of tremendous power. And, that’s something that young people should realize about karate; there are real, human limitations. However, on the movie, it was knowing how to get the cat’s attention, by looking at him a certain way. I used a kiai on one shot to scare the cat and make him attack. Sometimes the attacks became real. It was my martial arts training that told me not to show fear. A good elbow strike, or back fist came in handy at those moments, too.

FS: You’ve worked with a number of other animals. Some martial arts styles are based on observations that were made of animals. Did you gain any insights about people while working with animals?

OZMAN: In certain instances some very strong parallels can be drawn between the actions and reactions of humans and animals. For instance, if you stare at a monkey he’ll go crazy. lf you hold a stare, it’s a challenge. If he looks you back in the eye, you’ve got a fight on your hands. With the big cats, I always knew when they were going to attack, when an attack was real, because their eyes would dilate andtheir ears would go back. You know if a cat does that that they’re mad for real. I recognize that there are certain things like this about people that are also true. There’s a lot of guys who get really angry if you look at them the wrong way. Most people have certain mannerisms that project their inner feelings. In acting, the trick is to try and recreate those mannerisms, those looks.

FS: I know you draw a very strong parallel between acting and karate. Would you care to comment about this?

OZMAN: Actually, being a karateka for so many years, I guess I couldn’t help but draw a strong correlation between the martial arts and anything else. But, when you go into a ring to fight an opponent, it is very much like going out on a stage, to perform with another actor. Memorizing lines is like learning movements. It gives you something to attack the actor with. And, remember, all good stories are based on aconflict, even comedy or a love story. There’s some sort of conflict in there. Fighting, of course, is a conflict. Also, an enlightened fighter realizes that effective techniques come when you learn to work “with” your opponent to a certain degree. You must know when to yield and when to resist. In acting you have to integrate with the other actors. You have to learn about entering another actor’s territory. If you get too close to another actor, especially an inexperienced one, he may tend to back away from you. You have to learn where he feels safe, at what distance, and where you feel safe. If an actor backs away from you because you’re too close, this would be unnecessary motion. Sometimes he might come in toward you, when he gets stronger with his voice, or the scene warrants it. Acting can be an important tool in sparring too. For one thing, you should always look as if you know you’re going to win.

FS: There seems to be so many things that correlate. Is there one example that seems to epitomize the finest aspects of acting and the martial arts, as goals for people who are thinking about one or both as a career?

OZMAN: The greatest goal in both comes when you learn your lines and then try to forget about them. In acting you study the words in your script until you think that you know them. Then you put the script down hoping that when you need to perform you’ll remember the lines in a more natural relationship with the other actor, as if the dialogue were real. The same is true in karate, when you are pieparing for a fight. You spend years learning movements, combinations and techniques. When you finally get out there to face your opponent, you don’t want to start thinking about what you’re going to do. You want your body to take over and do what’s natural.