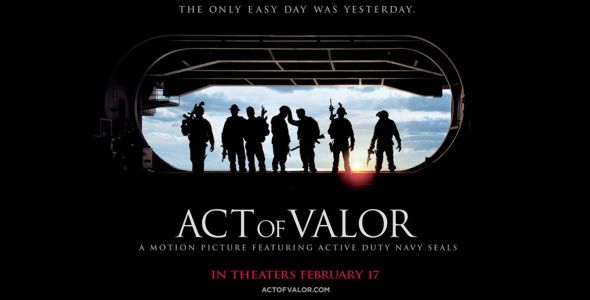 In Act of Valor (2012), when the rescue of a kidnapped CIA operative leads to the discovery of a deadly terrorist plot against the U.S., a team of SEALs is dispatched on a worldwide manhunt. As the valiant men of Bandito Platoon race to stop a coordinated attack that could kill and wound thousands of American civilians, they must balance their commitment to country, team and their families back home.

Act of Valor (2012) uses active duty U.S. Navy Seals as actors. The characters they play are fictional, but the weapons and tactics used are real.