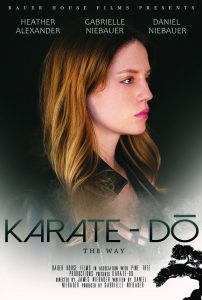 In Karate Do (2019), Nicki Wright learns the meaning of acceptance after being reunited with her father who reluctantly teaches her martial arts.

Nicki Wright is a troubled 23 year old. After finishing rehab and getting in a fight, her mom sends her to live with her dad, who abandoned her when she was young. Her father, Cliff, teaches her the meaning of karate which sends her on a spiritual journey. Her journey takes her through Kendo, Aikido, Judo and Karate training and gives her a new found purpose in life – to teach women self defense.