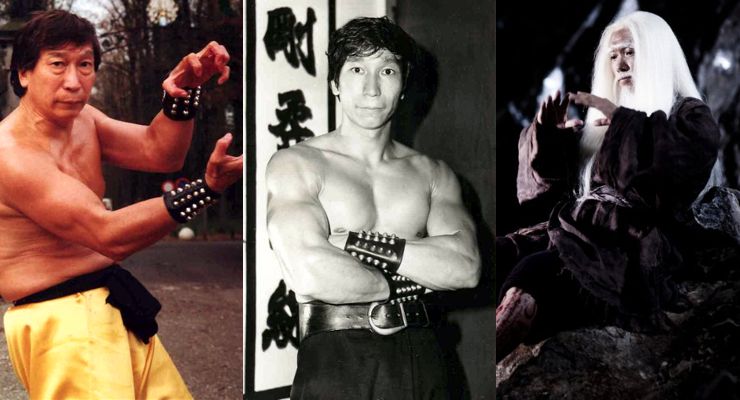 Chi-Ling Chiu was born in 1943. He is an actor that appears in many Kung Fu style movies produced in Hong Kong. He is a Hung Gar Kung Fu instructor at Chiu Chi Ling Hung Gar Kung Fu Association, a martial arts school he founded with it base in San Francisco. He also continues to teach at the old Chiu Family Kwoon in Hong Kong. Every year he travels around the world to visit his students and grand students and he organizes worldwide Kung Fu tournaments. Chi-Ling Chi’s Kung Fu lineage has been passed down directly from southern shaolin temple and includes martial artists like Hung Hei Gung and Wong Fei Hung.

Chi-Ling Chiu has appeared in over 70 movies both as an actor and a stunt man. His abilities as an actor and martial artist has allowed him to work with most of the top Hong Kong film makers including Bruce Lee, Jackie Chan, Chow Yun-fat and Stephen Chow.

Chi-Ling Chiu began practicing Hung Gar Kung Fu when he was six years old under his father Chiu Kau, who’s famous tiger-crane set won over the whole of China in his sixties, and mother Shiu Ying. Both his parents were renowned for their solid application of Hung Gar and both were well-known doctors. Chi-Ling Chiu learned the art of bone setting (Dit-Da) from his doctor father.

In the early 1970s, Chi-Ling Chiu opened a school which attracted celebrities, athletes and performers, exposing him to the entertainment industry which helped gave him a start as an actor. He has appeared in well-known Kung Fu movies such as Snake in the Eagle’s Shadow (1978), Duel of the Seven Tigers, the comedy hit Kung Fu Hustle (2004), Journey to the West (2013) (Film) and Adventures of Power (2008).