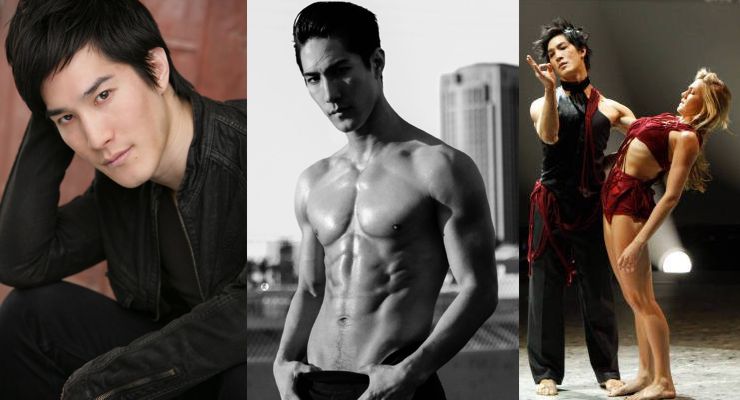 Cole Horibe is an actor, martial artist, and dancer. In 1985 Cole was born and then raised in Honolulu, Hawaii. At a very young age, Cole knew he wanted to be a film actor. When Cole was 4 years old he began training in martial arts. He studied many different disciplines, but focused mainly on Taekwondo and Kung Fu. He has a black belt in Taekwondo, and is a collegiate national and junior Olympic Silver Medalist, as well as a Siu Lum Pai graduate–black belt equivalent. Coles sister, Cara Horibe, was a dancer with ABDC’s Fanny Pak and at a certain point in his life, Cole realized that dancing would increase his opportunities to work as an actor. In 2012, he went on to compete in “So You Think You Can Dance” Season 9 as a “martial arts fusion” dancer. He placed second runner-up. Two years later, he played the role of Bruce Lee in Tony award winning playwright, David Henry Hwang’s, world premiere of “Kung Fu in New York City’s Signature Theater..”

A Dragon Returns, This Time Onstage

Fists fly with all the fury an action fan could want. Legs flash from the hip like lightning strikes. Twirling kicks and jabbing arms all but set your own head spinning. The fight sequences in “Kung Fu,” the new play about Bruce Lee by David Henry Hwang, bristle with kinetic drive and an innovative combination of dance and martial arts.

In between these lively diversions, unfortunately, lie long stretches of utterly punch-free, this-is-what-happened-next drama. Mr. Hwang’s affectionate study of the life of the man who thrilled action movie fans in the 1970s with his mastery of an ancient Chinese tradition never achieves the fluid grace in its dialogue and dramaturgy that it does in its action sequences.

You could charitably (or perversely) argue that this is only fitting, since Lee’s movies were not exactly models of subtlety, for all their propulsive, spectacular violence. But as the corny jokes lumber by (there’s a real groaner playing on the name Fu Manchu), and the dialogue remains stuck in a pedestrian groove, it’s hard not to be disappointed that Mr. Hwang’s bio-play, which opened on Sunday night at the Signature Theater, cannot match the excitement of its wordless passages.

Bruce, played by Cole Horibe (a former contestant on “So You Think You Can Dance,”), begins plying his trade as a martial arts teacher in Seattle. In a scene that sets the on-the-nose tone, he dispenses his philosophy to a makeshift band of students he’s collected.

“Fighting not only about how hard you hit,” he says. “More about, how strong is your inside. If inside, I feel peace, then, best thing, do not hit.” He then gives one of his trademark high-pitched yowls, and concludes, “That is what we study here. The art of fighting without fighting.”

Throughout the play, Bruce employs this mangled English that may be an accurate representation of the man’s speech, but nevertheless lends him a hokey aspect that, combined with his chipper humor, often makes the character come across as the kind of stereotyped “Oriental” sidekick that Bruce will soon be bitterly complaining about, when he moves to Los Angeles in search of brighter prospects.

By now, he has acquired a young wife, Linda (Phoebe Strole), who showed up to take his classes in Seattle. Bruce’s relationship with Linda forms one of the primary emotional strands in the play (although her character never develops beyond a patient, smiling helpmate).

The other concerns his fraught history with his father. Flashbacks show us their contentious give-and-take as it developed over the years. Hoi-Chuen (Francis Jue) was a star of Chinese theater who at first encouraged his attention-seeking son’s desire to join him in show business. But, by his teenage years, despite having become something of a child movie star, Bruce has also become a vicious street fighter. He was sent back to America, where he was born when his father was on tour, to keep him from getting into deeper trouble.

Continue reading the main story
Mr. Hwang has often written about the cultural clashes between East and West and the crises of identity they can inspire. Lee’s story certainly provides more fertile fodder for an exploration of the ingrained racism that thwarted the ambitions of talented Asian-Americans trying to achieve success in their adopted homeland.

But as is often the case with biographical drama, “Kung Fu” must spend so much time checking off the turning points in Bruce’s slow rise from humble martial arts master to kung fu instructor to the stars (like Steve McQueen and James Coburn) that there is not much time for characters to acquire emotional depth. Each scene makes a blunt point about Bruce’s ambition or pride, or the roots of his belief system, or Hollywood’s intransigent attitude toward minorities, or Bruce’s steadfast refusal to believe in the same. (“This is America. Here is where change can happen.”) The writing often seems pitched at the level of an informative, morally instructive young-adult novel.

As directed by Leigh Silverman, the play becomes truly animated only when the talky expositional scenes are interrupted by flaring action sequences that erupt like little bursts of fireworks throughout. Mr. Horibe, with a chiseled, lithe body that credibly evokes Lee’s own, gives demonstrations of his highly personalized version of kung fu that are often breathtaking in their precision.

One flashback, depicting a raucous street melee, shows us the animal spirits that the older Bruce managed to tame as he incorporated spiritual teachings into his method. Mr. Jue and Mr. Horibe have several father-son pas de deux in which they express the combination of affection and aggression that underlies their relationship. Another lively passage brings the cast onstage in glow-in-the-dark costumes from Chinese opera. Throughout, martial arts are slickly melded with synchronized dance. (The choreography is by Sonya Tayeh; the fight direction by Emmanuel Brown.)

But when he is not in motion, Mr. Horibe does not move beyond the superficial combination of perkiness, good humor and unquenchable ambition that is underscored repeatedly in Mr. Hwang’s script. The fire in Lee’s toned belly that drove him to succeed even in the face of frequent humiliations never flashes from Mr. Horibe’s ever-friendly eyes; that snakelike, laser-beam glower Lee used to intimidate opponents is utterly absent.

Actually, the movies are absent, too. Mr. Hwang’s play depicts at length the troubles Lee faced in trying to get a career off the ground in Hollywood. He’s cast as a masked sidekick in a superhero series from William Dozier (Peter Kim), of “Batman” fame, but it fizzles quickly. He and Coburn (amusingly played by Clifton Duncan) take a trip to India when there’s a chance to get another project off the ground.

But “Kung Fu” comes to an abrupt conclusion just when Bruce is on the verge of stardom. Rejected by Hollywood, he has returned to Hong Kong, where he will star in low-budget action movies that take the trade by storm. Given Lee’s tragic death at the age of just 32, and the increasingly troubled life he came to lead under the burden of worldwide fame, it’s hard not to feel that “Kung Fu” presents a sanitized version of his story that concludes on an artificially upbeat note.

I confess that I was sorely disappointed not to see re-enacted some of the loopier action scenes from his movies, like the one in which Lee faces down a young Chuck Norris inside the Roman Colosseum, of all places. I was curious to know what feats of magic the show’s creators would use to bring onstage the supporting player in this famous battle, a YouTube-ready kitty who looks on in mild perplexity as the two bloody each other with brutal punches. I guess I’ll have to wait for the sequel.