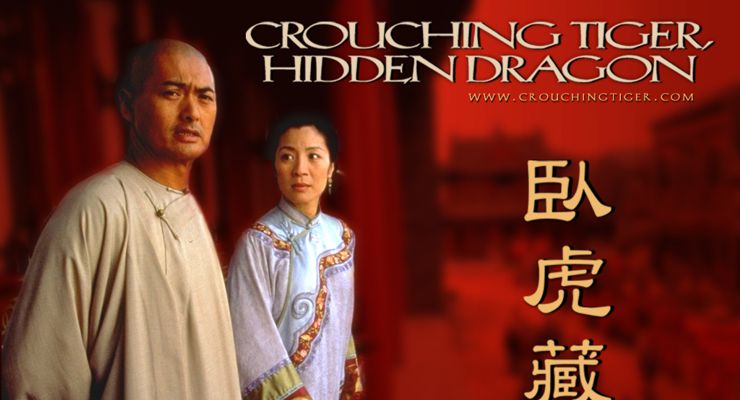 Director Ang Lee surprised everyone with his martial arts epic Crouching Tiger, Hidden Dragon (2000). Based on a novel by Wang Du Lu, Crouching Tiger starts with the revenge plot common in the wuxia stories that Lee loved as a child, then adds a feminist twist. Li Mu Bai (Chow Yun Fat) is a legendary martial artist who has decided to pass on his sword, the Green Destiny, to a friend. Soon afterward, the sword is stolen by a masked female, setting in motion events that test the bonds of family, love, duty, and sisterhood. Chow appears with three generations of female stars: Cheng Pei Pei, a 1960s action heroine; Michelle Yeoh, the beauty queen turned 1980s action goddess; and newcomer Zhang Ziyi, who smolders as the princess who wants more than domestic tranquillity. Famed action choreographer Yuen Woo-Ping (THE MATRIX) stages jaw-dropping zero-G fights across rooftops, rivers, and bamboo trees, while Yo-Yo Ma punctuates the fisticuffs with dramatic cello solos. Described by Lee as “SENSE AND SENSIBILITY with martial arts,” CROUCHING TIGER recalls the best wuxia films of the 1960s and pushes the genre in new directions.

Tony Jaa – Dancing with Elephants in THE PROTECTOR

February 6, 1997
We use cookies to ensure that we give you the best experience on our website. If you continue to use this site we will assume that you are happy with it.OkRead more