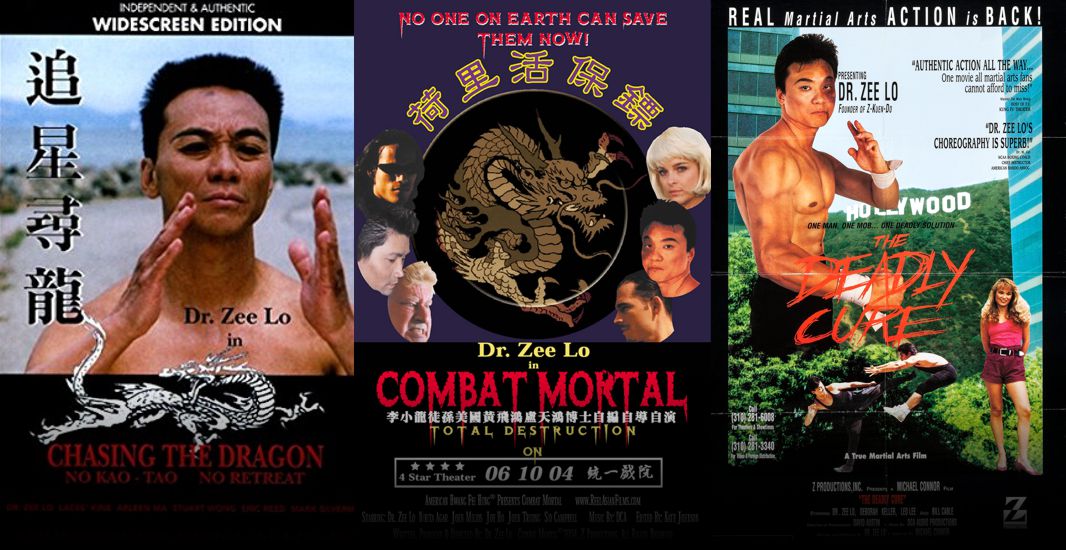 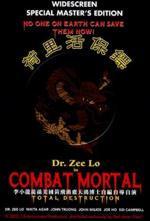 In Combat Mortal (2004), Billy Lee (Dr. Zee Lo) is an expert martial artist with the ambition to become a film star. He moonlights as a bounty hunter while waiting for his big break in Hollywood. One day he gets a special assignment to become the personal bodyguard of a supermodel named Nicole King (Nikita Agar, Star Trek Enterprise) who happens to be threaten by the local drug lord Wu Feng (Joe Ho, The Green Dragon, Fight Club” It is revealed in a flash back that Lee and Wu are blood brothers. Lee finds it inevitable to go against his once beloved brother in order to save his client, Nicole King. Only mortals doing combat may restore peace and justice in the world. It is an inescapable battle where nothing on earth can save them.

Dr. Zee Lo has created the ultimate Americanized-Bruceploitation film, proving that “imitation is the highest form of flattery”. At first the film appears to be a spoof, but it is soon apparent that it is not meant to be. Billy Lee emulates techniques directly out of many Bruce Lee films like Fist of Fury, Enter the Dragon, and Game of Death, right down to the screaming kiai. However his multiple takes and slow motion often slow down the film.

The names of the characters in Combat Mortal (2004) came directly from Zee Lo’s debut film, The Deadly Cure (1993).