Tong Huo-wan (Jackie Chan) seeks redress from the man responsible for his master’s death, but becomes entangled in a feud between a local clan and gangsters.

Tang How-yuen (Jackie Chan) is a disciple of kung fu master San-thye. San-thye wins a martial arts tournament, only to be killed by evil kung fu master, Master Li (Yen Shi-kwan). Tang tries unsuccessfully to fight Chung, and leaves the evil master unharmed. Tang, along with San-thye’s wife and daughter head after the killer to seek revenge. When they find him, Chung has repented and has cut off his own leg as penance. The master’s widow becomes ill, so Tang goes to work for a gang in order to get her medicine. However, whilst in their employ, he is blamed for the death of a young boy, and San-Thye’s widow is poisoned. Tang and the one-legged master join forces to defeat the evil lord who poisoned San-thye’s widow.

Dragon Fist (1979) was filmed before but released after Jackie Chan’s two Seasonal Productions movies, Snake in the Eagle’s Shadow (1978) and Drunken Master (1978). This movie was filmed as a Mandarin-language movie. However, the focus on the dubbing switched to Cantonese, due to the success of the Cantonese-language Seasonal movies. This is why most releases feature Cantonese as the only Chinese dialect option, despite the fact that the harder-to-find Mandarin track syncs up with the actors far better. 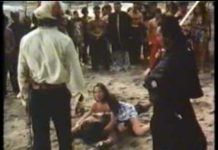 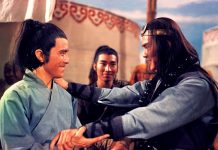