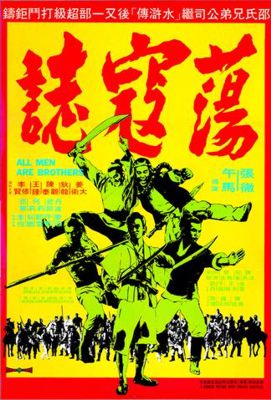 Dong kai ji (1975) aka All Men Are Brothers (1975) is a movie based on one of China’s enduring epic novels, written in the 14th century, All Men Are Brothers. The film continues the patriotic story from The Water Margin (1972) (aka Shui hu zhuan), where righteous warriors battling despotic leaders, featuring mythic characters familiar to every Chinese, and with a cast that has achieved an equally celebrated status among Shaw Brothers devotees: Ti Lung, David Chiang, Chen Kuan-tai and Danny Lee.

All Men Are Brothers (1975) is the sequel to The Water Margin (1972) which tells the story of the 108 Heroes who stood up against a corrupt government. Each hero has his own unique fighting skill, but they are all willing to die to uphold justice.