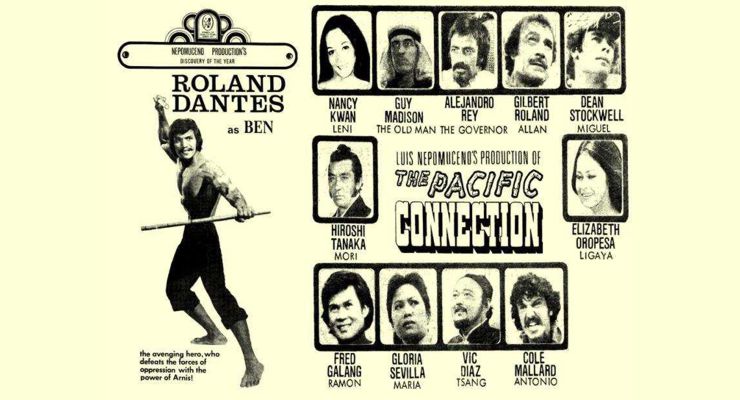 The Pacific Connection (1974) is about an avenging hero, who defeats the forces of oppression with the power of Arnis.

The film was nominated for two FAMAS Awards, one for Best Picture – Nepomuceno Productions and Best Director – Cirio H. Santiago.