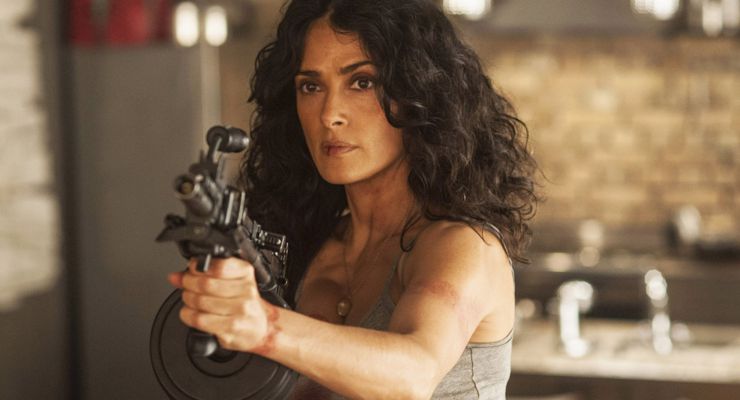 Everly (2015) is an action-thriller movie, starring Salma Hayek, Jennifer Blanc, and Togo Igawa, about on a woman kept holed up in her apartment by assassins sent by her ex, a mob boss. The movie was filmed in Serbia and will be in theaters on January 23, 2015.