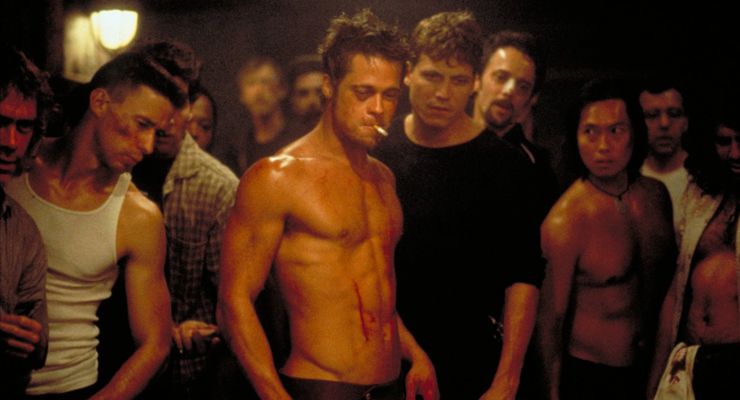 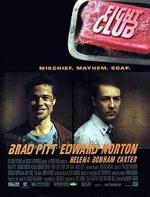 Fight Club (1999) is an American feature film adapted from the 1996 novel of the same name by Chuck Palahniuk. The film was directed by David Fincher and stars Edward Norton, Brad Pitt, and Helena Bonham Carter. Norton plays the nameless protagonist, an “everyman” who is discontented with his white-collar job in American society. He forms a “fight club” with soap salesman Tyler Durden, played by Pitt, and becomes embroiled in a relationship with him and a destitute woman, Marla Singer, played by Bonham Carter.

Plot: A ticking-time-bomb insomniac (Norton) and a slippery soap salesman (Pitt) channel primal male aggression into a shocking new form of therapy. Their concept catches on, with underground “fight clubs” forming in every town, until a sensuous eccentric (Bonham Carter) gets in the way and ignites an out-of control spiral toward oblivion.