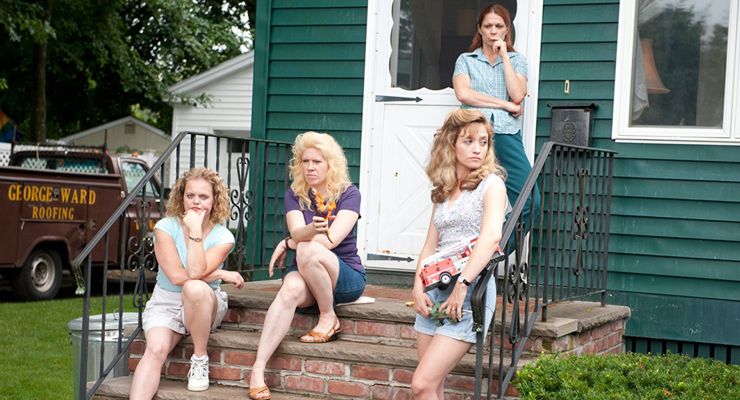 Recently I had the opportunity to see The Fighter (2010). This movie literally made my skin crawl. It wasn’t the bloody, visceral boxing scenes, they were well done, it was the tragic dynamic of the family that was frightening. 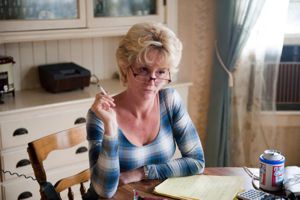 Imagine nine grown “kids”, 7 gals and 2 guys. The guys have a semblance of lives outside the family and the gals all hang around their parents home or where ever, together. I am talking 7 woman, 8, counting mom, who seem to be a constant, and they function as one unit, one mind, and there scenes are replayed over and over in a horribly, non-rockwellian way. Alice, (played so realistically and wonderfully by Melissa Leo) is the head of the pack and she is all about her oldest son Dickie, the pride of Lowell, who once knocked out Sugar Ray Leonard (or maybe Leonard slipped, but who cares . . .).

She is not just the manager of her two sons boxing careers, but the “manager” of her “adult kids” lives. The problem is, she leads them all with her eyes closed, closed to the addiction of her favorite son, and the frustrations of her younger son, the current boxer. The cigarette dangling from her fingers says a lot about her own addictions, not only to nicotine, but to the fame she still wants to garner from her older son, Dickie, “the old boxer” or as an after thought, from her son Micky, the up and comer. Melissa Leo plays the part, oh so perfectly, her walk, her mannerisms and her body language all make Alice very real, and painful to watch. 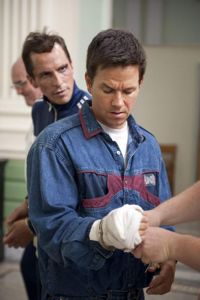 In The Fighter (2010), Dickie, the one time boxer, is now his younger half brother’s trainer, but really, Dickie is a cocaine addict, played so incredibly well, right down to the rotting teeth, by Christian Bale. Bale truly transforms himself and is totally lost in the Dickie Ekland character. Bale makes Dickie too believable and wretched on the one hand, but gets you rooting for Dickie’s redemption on the other.

Micky Ward is the younger brother, played by Mark Wahlberg. Micky seems to be part of the family, but not quite wacked enough to fit in. He seems to have grown beyond them all, but he can’t let go of the childhood adoration he had for big brother 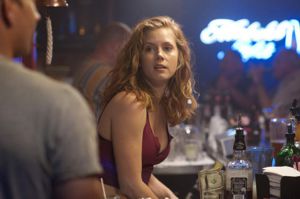 Dickie. This part was not a stretch for Wahlberg, but his training as a boxer really shows. Kudos for that!

Micky’s barmaid girlfriend Charlene, played by Amy Adams, seems to be stuck between worlds. She was a really good athlete who earned a college scholarship in poll vaulting. She attended college, but never finished her education because she loved to party. (This movie carries a ripe message about drug and alcohol addiction.) She knows what it means to be educated, but she squandered the opportunity, making her life more pathetic than the rest. Charlene’s saving grace is that she is clear-headed enough when it comes to seeing what is best for Micky. Again, like Micky, she doesn’t fit into “the family” who blame their “issues with Micky” on her. Charlene is a dichotomy, standing up to Micky’s obnoxious sisters, while sticking by his side in spite of them. It was hard for me to overlook the fact that Amy Adam’s was playing this part, but she did it well. 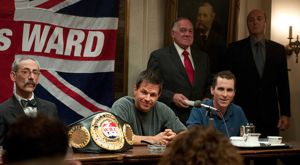 The Fighter (2010) story revolves around Micky as a second class boxer. He has ability, but his family and their needs get in the way of allowing him to reach his full potential. He knows his family is dysfunctional but he still jumps in to protect their stupidity and winds up hurt and in trouble every time. It’s not until big brother Dickie goes to prison that Micky finally breaks away and gets a little sane training which allows him to move forward as a boxer. The challenge is that his current trainers won’t let him have anything to do with Dickie and what makes Micky a good boxer is what he learned from Dickie. When Dickie gets out of prison, Micky needs his help to become the WBA welterweight champion. In the climax of the movie, everyone, current trainers, Charlene, the family, and a hopefully reformed Dickie, must pull together to create a winning boxer.